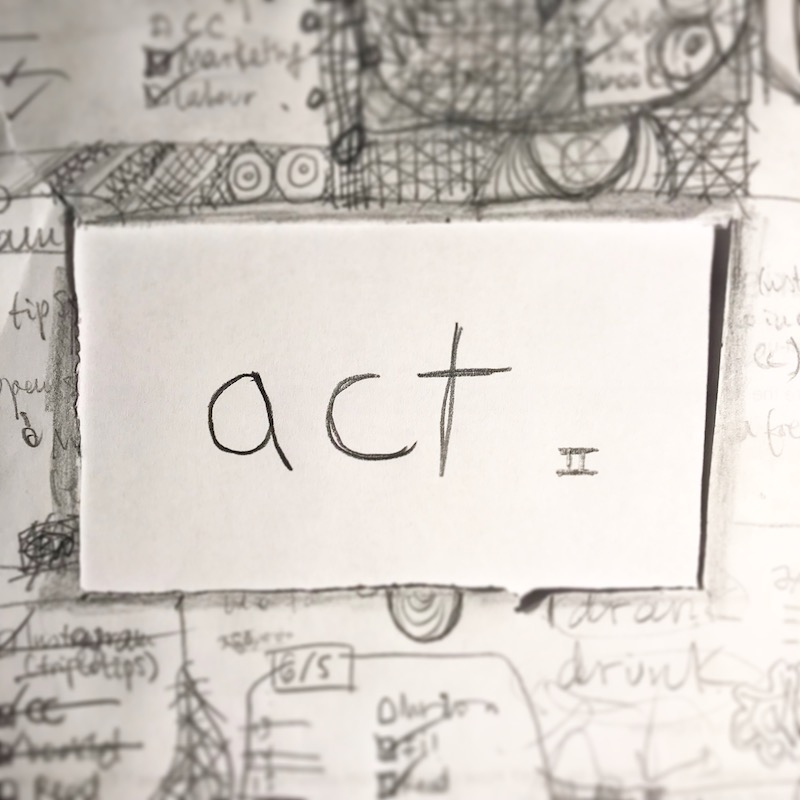 Now, let’s move on to the noun.

- The act of helping out is very satisfying. (A thing done; a deed.)

- Stealing food at the supermarket shouldn’t be punished. It’s an act of desperation. (A thing done; a deed.)

- Stop putting on an act. You’re not really offended by what I said. (A pretence.)

- I love it when Margaret Cho does her mum act. (A set performance.)

- This is against the 1997 Public Health Act. You are arrested. (A written law passed by Parliament, Congress, etc.)

- The first act was very good, but then it just fell apart. (A main division of a play, ballet, or opera.)

- I forgot the name of the act, but I remember it was two men and a woman wearing red. (A performing group.)

It’s time for the phrases now!.

- [act of grace] Access to free healthcare is not an act of grace, it’s a right. (A privilege or concession that cannot be claimed as a right.)

- [get one's act together] Stop moaning about how difficult everything is and get your act together! (Start organising one's affairs effectively.)

- [get (or be) in on the act] Trump was probably getting in on the act when he announced his candidacy. Then it all went out of hand. (Become (or be) involved in a particular activity, in order to gain an advantage.)

- [a hard (or tough) act to follow] Last season Rooney scored 37 goals. Let’s see how he does this season, but that is surely a tough act to follow. (An achievement or performance which sets a standard regarded as being hard for others to measure up to.)

- [in the act of] He was seen in the act of leaving the crime scene. (In the process of.)

今週のWord of the Week「visit」です。’Visit’ can be a verb or a noun.