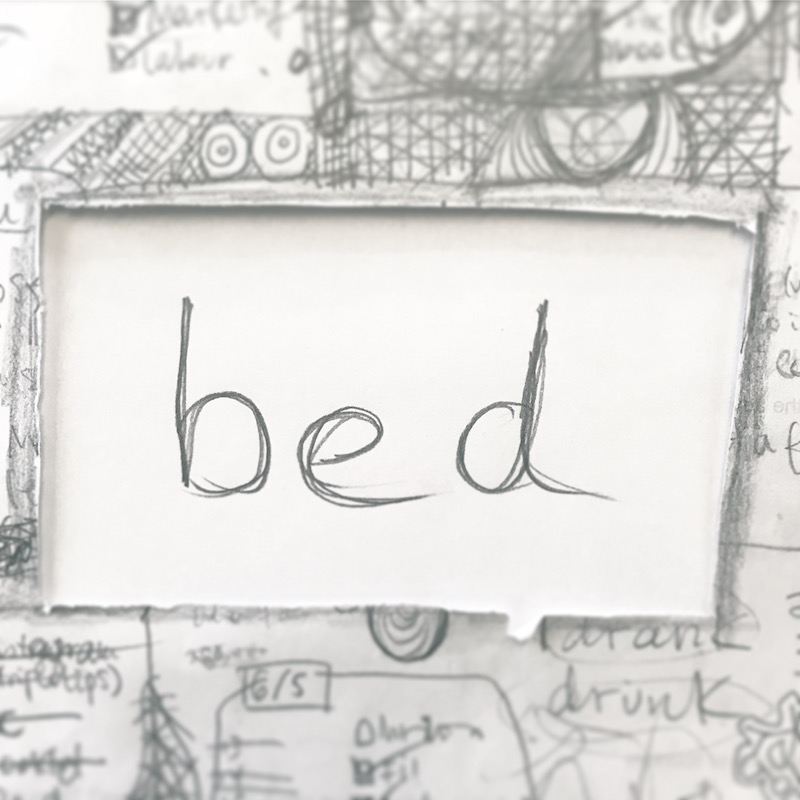 今週の #WOTW は「bed」です。’Bed’ is a noun, a verb, and a place some of us find hard to get out of in the morning. Let’s have a look at the noun first.

- I bought a new bed, but it’s too big for my room. (A piece of furniture for sleep or rest, typically a framework with a mattress.)

- To do away with waiting lists, more beds need to be added to hospitals across de country. (places for patients)

- A bed of straw covered the stable. (a place for an animal to sleep)

- They divorced because he’s bad in bed. (sexual activity)

- The bed of the canals in Amsterdam is full of interesting things people threw in. (the bottom of a canal, river, lake, or sea, also used as ‘riverbed’, ‘seabed’…)

- I’d put rose beds to the sides and a bed of gardenias at the back. (where flowers and plants are grown in garden)

- The food was served on a bed of roasted potatoes. (a layer of food on which other food is served)

- A bed of concrete is poured as a foundation in some buildings. (a base on which something rests)

- They had to go through several beds of sediments before they found any traces of a settlement. (layers of rock or sediments)

Now, the verb and phrasal verbs.

- He’s bedding down the children now. (settle a person or animal down to sleep)

- It takes several dates for me to bed someone. (have sexual intercourse)

- I’m afraid that if I bed out my strawberries the birds might eat them. (transfer plants from a pot to a garden)

- If you don’t properly bed the house, it might collapse during an earthquake. (set firmly)

- Be patient, it’ll all bed in. (settle down and become established)

Another related verb in ‘embed’, which means put or fix something into something else that’s surrounding it. This can also be an adjective by adding ~ed to it, eg. ‘embedded journalist’ to refer to a journalist that moves with an army, or ‘embedded values’, of a set of values that are accepted in a society.

There are also quite a few phrases, but you’ll have to wait until next week to know them, although we enthusiastically encourage you to go on and check them out yourself!