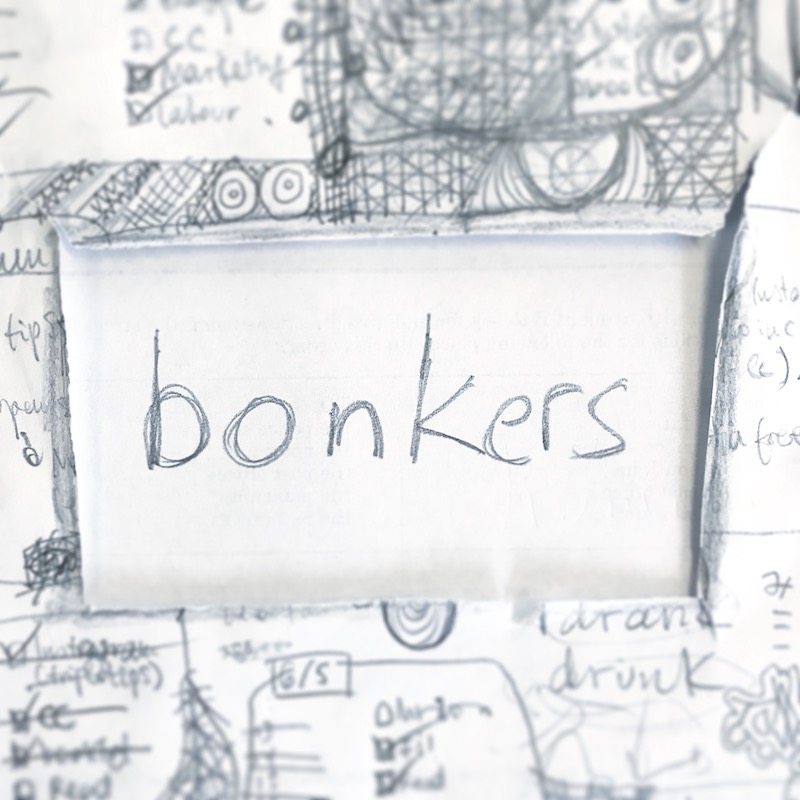 今週の #WOTW は「bonkers」です。’Bonkers’ looks like a plural noun, but it’s actually an adjective and an informal British English one at that. This also means that this week’s WOTW is going to be rather short, which is unusual and kind of bonkers! Let’s have a look.

- She bought what? She must be perfectly bonkers. (Crazy, mad.)

- Don’t pay him any attention. He’s bonkers. (See above.)

- These politicians are completely bonkers. (See above.)

- A: She really doesn’t have any money. She charges everything, the expensive restaurants, the luxury holidays… on her credit card.
- B: That’s bonkers… (See above.)

You can ‘be bonkers’, ‘go bonkers’ or something can ‘drive you bonkers’:

- There was a mishap with the bills at the reception and the customer went absolutely bonkers. (see above.)

So, ‘bonkers’ means ‘crazy’. As we can see above, it is often used together with adverbs like ‘completely’, ‘perfectly’, ‘absolutely’, ‘totally’, ‘mighty’… An interesting adverb you can use is ‘stark raving’:

- He went stark raving bonkers when he found out that his father was, actually, not his father. (See above.)

‘Bonkers’ is a relatively new word. People started using it in the 1940s, although we don’t really know its origin.

今週の #WOTW は 'sneak’ です。’Sneak’ is a verb (sometimes phrasal), a noun, and an adjective, as well as something some of us...