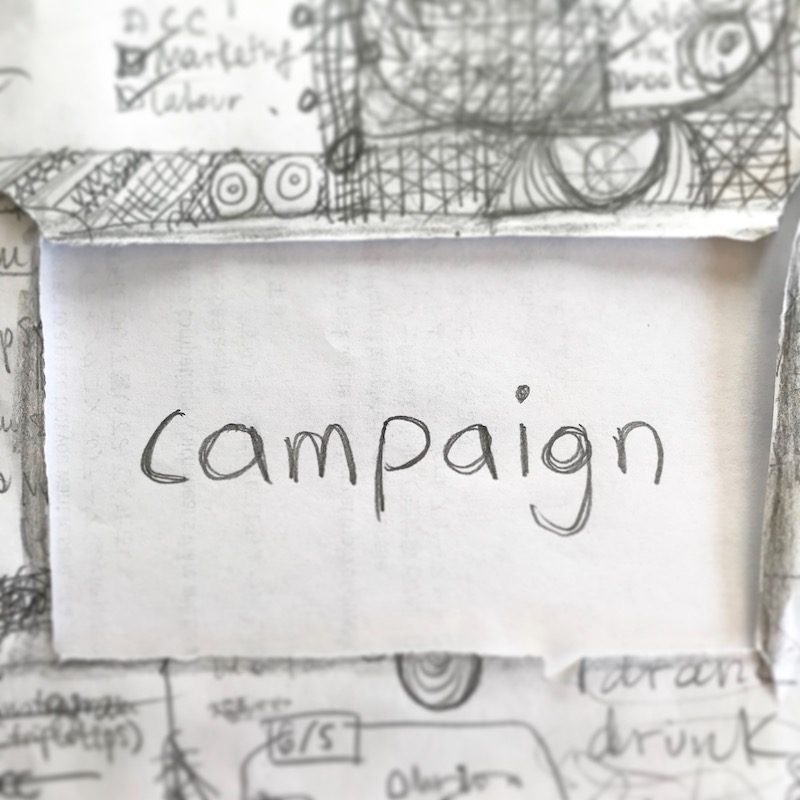 今週の #WOTW は「campaign」です。’Campaign’ is a noun, a verb, and it’s used in at least one phrase. It also has a G there in the middle, which might scare some people when trying to pronounce it for the first time. It’s a silent letter, so don’t worry about it. But, why is it there? Keep reading to find out!

Let’s start with the noun.

- The president said it would be a short campaign, but it’s been three years since the war started. (A series of military operations in a particular area, or involving a specified type of fighting.)

- The North invaded King’s Landing while the army was on campaign south of Westeros. (See above.)

- Could we stop using megaphones during election campaigns? They’re so annoying! (An organised course of action to achieve a goal.)

- We will launch a sales campaign this spring. (See above.)

- The activists are campaigning for climate action. (Work in an organised and active way towards a particular goal, typically a political or social one.)

Now, why is the G there? The G is there because this word came into the English language from the French language. French speakers do actually pronounce that G as in にゃ, but, as we said above, you don’t need to worry about it. Just ignore it (except when you write it!). 発音は/kamˈpeɪn/です。音節は２つです。また来週！