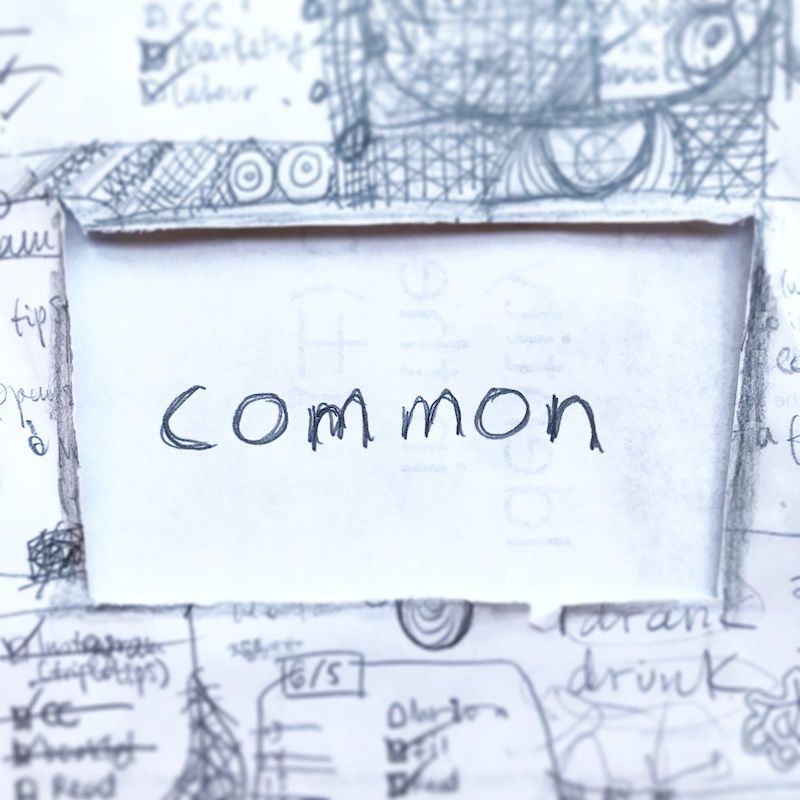 今週の WOTW は「common」です。This word can be an adjective or a noun. Let's jump right into it, shall we? First, the adjective.

- Cooking with olive oil is not common in Japan. (Occurring, found, or done often; prevalent.)

- Crows are common in Tokyo. (An animal or plant found or living in relatively large numbers; not rare.)

- The park is mainly visited by common people. (Ordinary, without special rank or position.)

- It’s common sense not to jump into the water if you see a crocodile. (To be generally expected.)

- Mine is a very common name. There was always at least another child in my class with the same name. (Of the most familiar type.)

- I was surprised to learn we had a common friend. (Shared by, coming from, or done by two or more people, groups, or things.)

- Lack of communication is a common problem nowadays. (Shared by, coming from, or done by two or more people, groups, or things.)

- My grandfather used to take his horses to graze on common land. (Belonging to or involving the whole of a community or the public at large.)

- ‘Lucy’ is a name. ‘Nurse’, a common noun. (Qualifying a noun that refers to individuals of either sex.)

- Should common crime be more severely punished? (A crime of lesser severity.)

- You have to live in the village to use the common. (A piece of open land for public use.)

And here you are some interesting word partnerships and phrases

- [common currency] Stealing each others’ umbrellas is common currency in Tokyo regardless of social class or contexts. (Something shared by different groups.)

- [common form] It is common form to think that all British people like tea. (What is usually done; accepted procedure.)

- [common ground] A good negotiator needs to be able to find common ground. (Opinions or interests shared by each of two or more parties.)

- [common knowledge] It’s common knowledge that politicians are in bed with big business. (Something known by most people. You can also say ‘common property’.)

- [common thread] There’s a common thread in all his books, that of loneliness. (A theme or characteristic found in various stories or situations.)

- [have something in common] They have so many things in common. No wonder they are such good friends. (Have a specified amount or degree of shared interests or characteristics.)

- [in common] They have a house in common. (Held or owned by two or more people each having undivided possession but with distinct, separately transferable interests.)