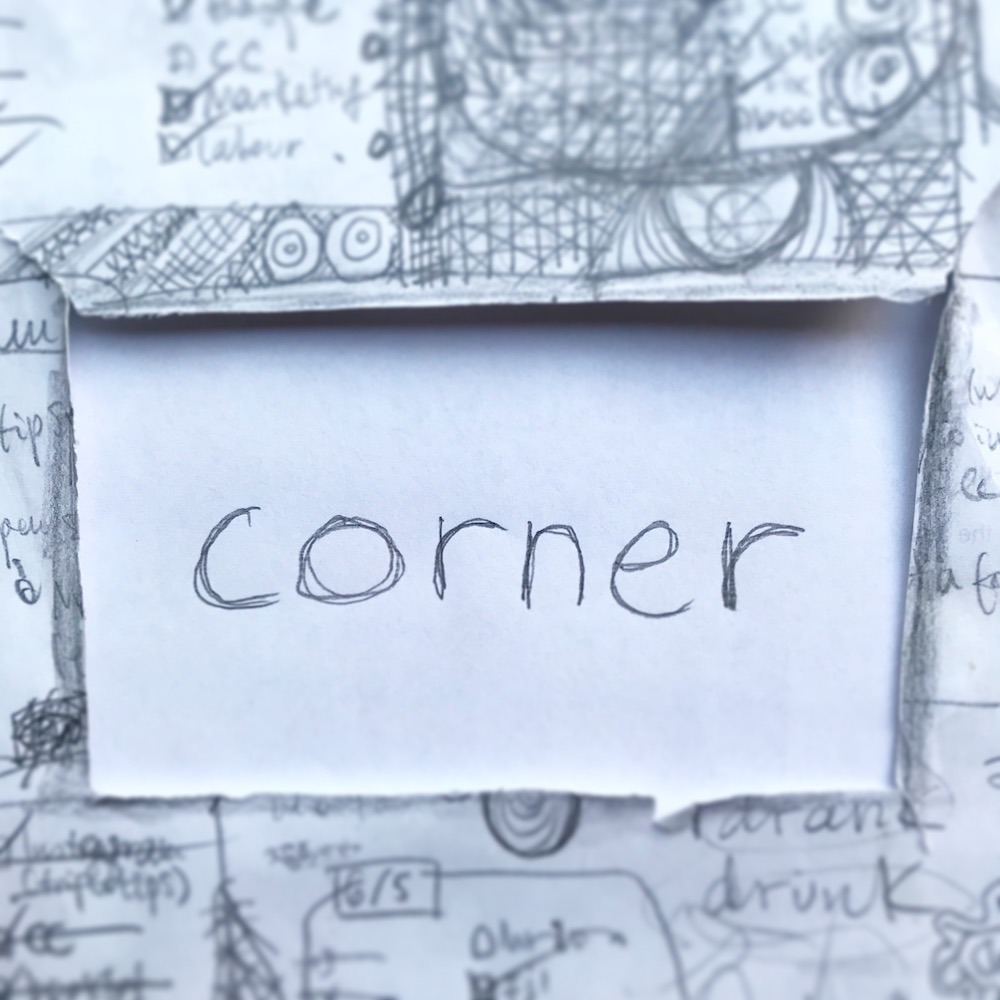 今週の #WOTW は 'corner’ です。’Corner’ more usually appears as a noun, but the verb can be just as common. It’s part of a few phrases too. Let’s have a look, beginning with the noun.

- We’ve padded the corners of every table in the house since our son has started to walk. (A place or angle where two sides or edges meet.)

- I think the corner is the best place to put the plant. (The area inside a room or other space near the place where two walls or other surfaces meet.)

- You can get stamps at the newsagent’s on the corner. (A place where two or more streets meet.)

- The lorry driver thought he could take the corner, but he went off the road. (A sharp bend in a road.)

- He climbed the outside corner with ease. (This is British English and climbing vocabulary. It’s a place where two planes of rock meet at an angle of between 60° and 120°.)

- This is my favourite corner of Tokyo. (A location or area, especially one regarded as secluded or remote.)

- Lawson has lost its corner on Basque cheese cakes. Every other shop sells them now. (A position in which one dominates the supply of a particular commodity.)

- When she put him in a corner with her questions, he reacted by laughing nervously. (A difficult or awkward situation.)

- A corner is always a goal opportunity. (We can also say ‘corner kick’. In football, it means a place kick taken by the attacking side from a corner of the field after the ball has been sent over the byline by a defender. Also used in hockey.)

- The coach gave the boxer instruction in the corner. (In boxing, each of the diagonally opposite ends of the ring, where a contestant rests between rounds. The corner can also refer to the group of supporters of the boxer.)

Time for the verb!

- I was cornered by a creepy guy as I was leaving the party. Luckily my friend saw it and I could get out of the situation. (Force a person or animal into a place or situation from which it is hard to escape.)

- I’m sorry I’m late. I was cornered by my boss for half an hour! (Detain someone in conversation

- Lawson cornered the Basque cheese cake market for a few months, but in Japan, other businesses always catch up in no time. (Control a market by dominating the supply of a particular commodity.)

- Cornering the Basque cheese cake was a brilliant move by Lawson. (Establish a corner in a commodity.)

- You can see the van cornered here. Look at the oil track. (Go round a bend in a road.)

The phrases are always interesting!

- [fight one's corner] Are you sending the new guy to the meeting? Don’t we need someone more experienced to fight our corner? (Defend one's position or interests.)

- [in someone's corner] You go and show them! I’m in your corner. (On someone's side; giving someone support and encouragement.)

今週の #WOTW はまた「check」です。As you know form last week's post, 'check' is a verb, a noun, an adjective, an exclamation, in...