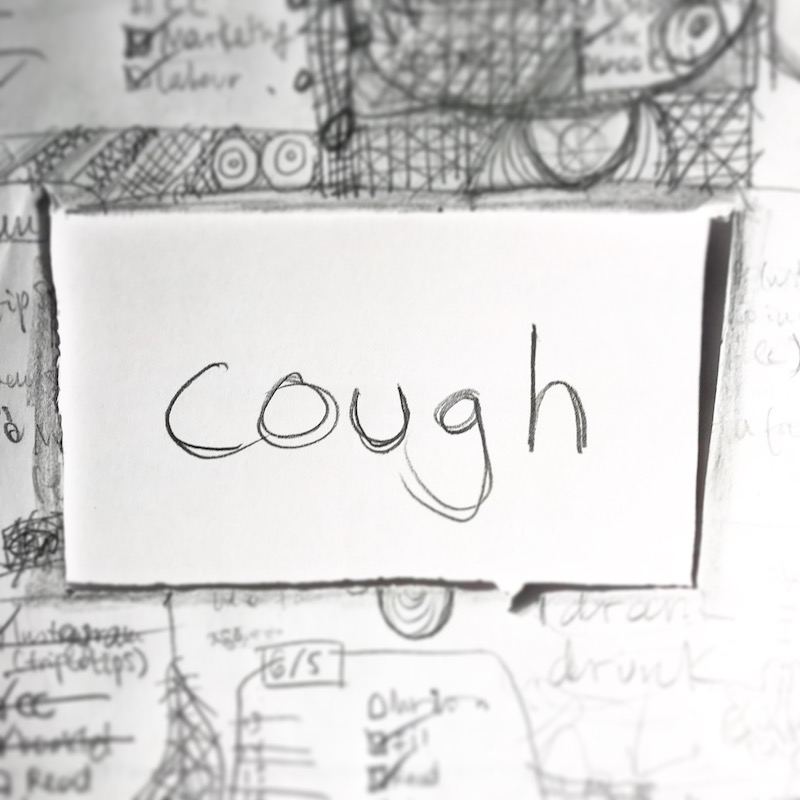 今週のWord of the Weekは「cough」です. A “cough” is not a nice thing to have, we know, but it’s a good thing to know how to use both the noun and the verb, plus the phrasal verbs are so interesting! Let’s start with the verb.

- He was coughing due to a cold. (Expel air from the lungs with a sudden sharp sound).

- My car coughs sometimes, but I haven’t got the money to take it to the mechanic. (When an engine makes a sudden harsh noise due to a malfunction).

Let’s have a look at the noun now.

- She gave a cough to let him know there was someone else in the room. (An act or sound of coughing.)

- You should go to the doctor. That cough sounds terrible. (A condition of the respiratory organs causing coughing.)

Now, how about some phrasal verbs?

- [cough something out] He coughed out his instructions. (Say something in an abrupt way.)

- [cough something up (or cough up)] She has a very good deal with her company. If she is made redundant, they will have to cough up 20 million. (Give something reluctantly, especially money or information that is due or required.)

今週の #WOTW は「world」です。’World’ is a noun and the word around which many an idiom has been created. Ready? Let’s go!...