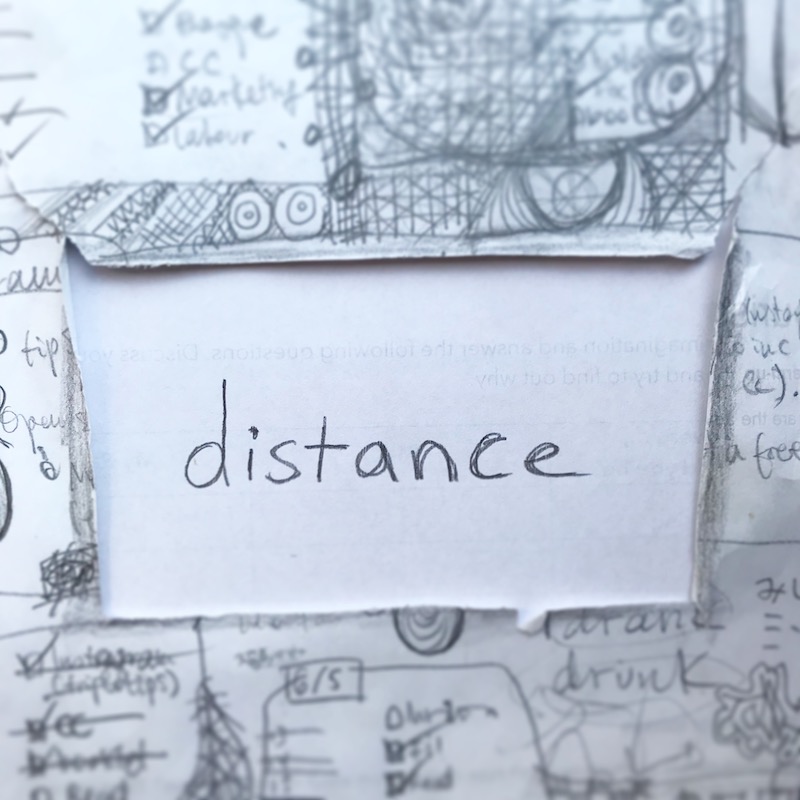 今週の #WOTW は 'distance’ です。’Distance’ is a noun, a verb, and part of a couple of phrases. Let’s have a look, first, at the noun.

- There’s a distance of 5 km from my house to work. (The length of the space between two points.)

- Distance gives you some perspective. (The condition of being far off; remoteness.)

- I’ve been watching you from a distance. (A far-off point.)

- I think there’s a concert at the park. I can hear the music in the distance. ( Used with ‘the’, the more remote part of what is visible or discernible.)

- At a distance of 20 years, I can say marrying him was definitely not a good idea. (An interval of time.)

- Blue Velvet won by a distance. (This is British English and it’s used in horse racing. It means a space of more than twenty lengths between two finishers in a race. ‘The distance’ is 240 yards or slightly under 220 metres. In North American English it’s also used in horse racing, but it means the distance a horse must be from the winning post after the winner finishes in order to qualify.)

- What happens if neither boxer wins inside the distance? (In boxing, the scheduled length of a fight.)

- Distance is necessary in social relations too. (The avoidance of familiarity; reserve.)

Time for the verb.

- He always tries to distance her from boys that are more handsome than him. (Make someone or something far off or remote.)

- She is trying to distance herself form the president now, but everybody knows how close together they have worked until just before the scandal. (“Distance oneself from”. Declare that one is not connected with or a supporter of someone or something.)

- [go the distance] The boxer went the distance but collapsed in the changing room. (In boxing, to complete a fight without being knocked out.)

- [go the distance] He is the best pitcher, so he always goes the distance. (In baseball, to pitch for the entire length of a game.)

- [Distance lends enchantment to the view] This is a proverb and it means that things look better from further away.

- [keep one's distance] This is a National Park, not a zoo, so please keep your distance from the wild animals. (Stay far away.)

- [keep one's distance] Yeah, I don’t trust him, so I keep my distance. (Maintain one's reserve.)

- [within — distance] I wish my office were within walking distance from my place. (Near enough to reach by the means specified: within walking/cycling/driving… distance.)