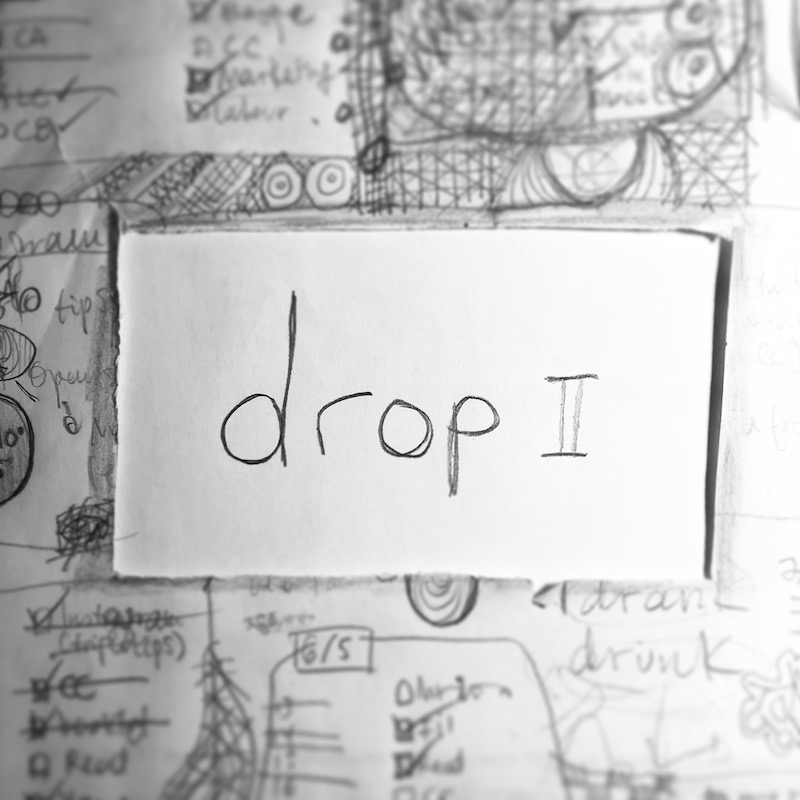 今週のWOTWは ‘drop’ の名詞についてのポストです。’Drop’ as a noun has one or two surprises. Let’s have a look, shall we?

- Drops of rain keep falling on my head. (A small round or pear-shaped portion of liquid that hangs or falls or adheres to a surface.)

- We’re in the middle of the Sahara and we have not a drop of water. We’re in trouble. (A very small amount of liquid.)

- I have a drop of whiskey here and there. (A small drink of spirits.)

- Whenever the allergy makes my eyes itchy, I use eye drops. (Liquid medication to be measured or applied in very small amounts.)

- The theatre burst into applause right after the drop of the curtain. (An instance of falling or dropping.)

- Remember when in ‘Empire of the Sun’ the American army makes a drop of food and Christian Bale stuffs himself with chocolate? (An act of dropping supplies or troops by parachute.)

- There’s been a continuous drop in population in Japan for some years now. (A fall in amount, quality, or rate.)

- How high is the drop of the Seven Sisters cliffs in southern England? (An abrupt or steep fall or slope.)

- The drop has been traumatic for the Tottenham fans. (The relegation of a sports team to a lower league or division. This is informal.)

- Has Kuroneko made the drop yet? (A delivery. This is informal.)

- I’ll check the drop to see if there are any bills. (In the US, a letter box. This is informal.)

- He used the space between the wardrobe and the wall as his little drop. (A hiding place for stolen, illicit, or secret things.)

- You can’t just have ‘one’ chocolate drop. Have more! (A small, round sweet).

- She can complain about hardships all day long, but aren’t those diamond drops hanging from her earlobes? (An earring that hangs down from the earlobe.)

- My friend used to design drops at the Volksbühne in Berlin. (A section of theatrical scenery.)

- The drop got stuck so the hanging took longer than expected. (A trapdoor on a gallows, the opening of which causes the prisoner to fall and thus be hanged.)

Next week, we will have a look at some interesting phrases with ‘drop’.

今週のWord of the Weekは「deal」です. “Deal” is a noun and a verb, and something a table can be made of. Let us show you, deal?...