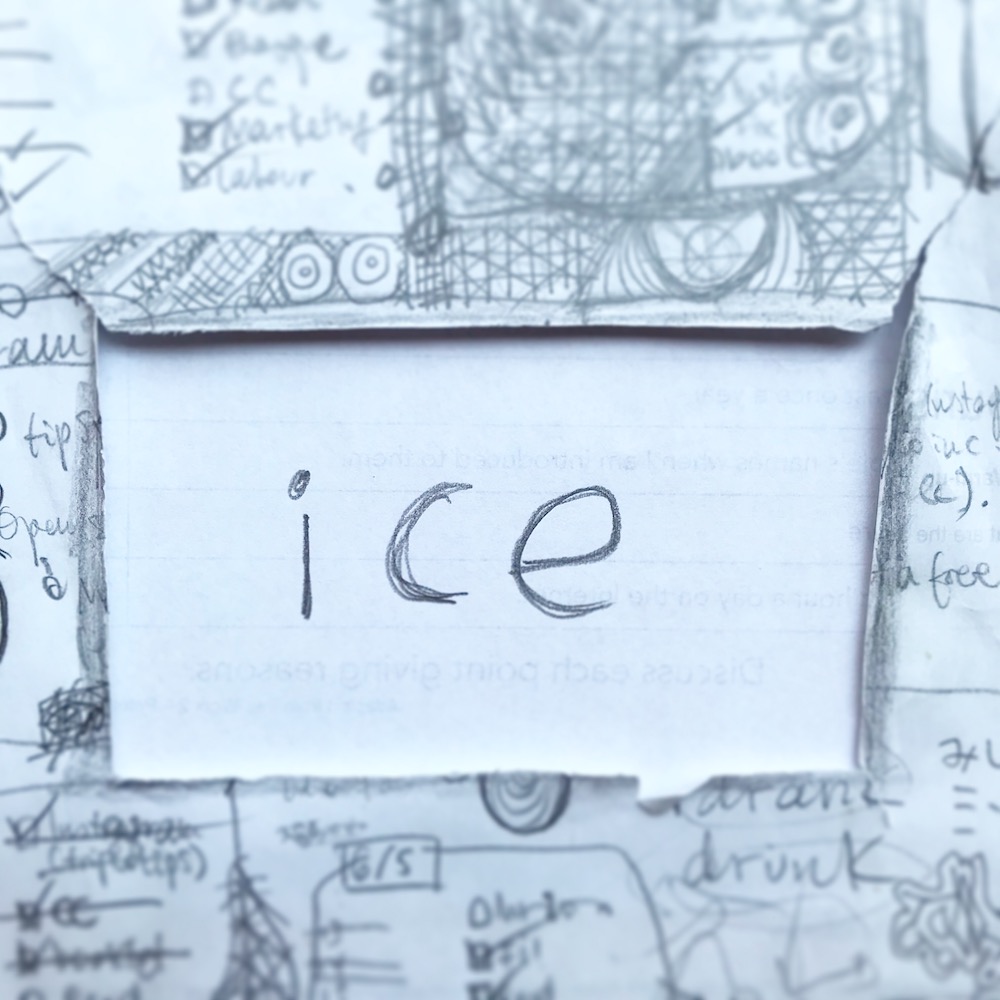 今週の #WOTW は ‘ice’ です。We all know ‘ice’ as a noun, but did you know it can also be used as a verb? Does that leave you frozen? Sorry. It’s also used in some expressions that you will find below if you just keep on reading. Let’s start with what we know, with the noun:

- Chewing the ice of your cold drink is not good for your teeth. (Frozen water.)

- I almost fell off my bike because there was ice on the street. (A sheet or layer of ice on a surface.)

- He ran when the ice started cracking, but he couldn’t make it to the shore. (A sheet or layer of ice on the surface of water.)

- The ice in her voice told me she didn’t really feel the same for me. (Complete absence of friendliness or warmth in manner or expression.)

- What ice would you prefer, chocolate or vanilla? (This is British English for ice cream, ice lolly, or portion of water ice.)

- Children love ice, but it’s not the healthiest thing for them. (In North America ‘ice’ is a frozen mixture of fruit juice or of flavoured water and sugar.)

- Look at the ice hanging from her neck! (An informal way to refer to diamonds.)

- What are you going to ice the cake with? Buttercream? (Decorate a cake or biscuit with icing.)

- With that score, the athlete has iced her place in the finals. (This is North American informal English for clinching or securing something such as a victory or deal).

- Don’t mess with the yakuza if you don’t want to get iced. (North American informal for ‘kill’).

You’ll be happy to know that there are some phrases and expressions you can use with ‘ice’ too.

- [on ice] How long has this food been on ice? (Of wine or food, to be kept chilled by being surrounded by ice.)

- [on ice] We will put your promotion on ice until the customer’s complaint is cleared. (Held a plan or proposal in reserve for future consideration.)

- [on ice] Is there anything worse than Disney? Yes, Disney on Ice. (An entertainment performed by ice skaters.)

- [break the ice] This game is great to break the ice at parties. (Do or say something to relieve tension or get conversation going in a strained situation or when strangers meet.)

- [on thin ice] Hey, it’s the second time you make a mistake this week. Be careful, you’re on thin ice. The boss is not happy at all. (In a precarious or risky situation.)

- [ice over/up] It is normal for cars to ice over in winter in Hokkaido. (Become covered or blocked with ice.)