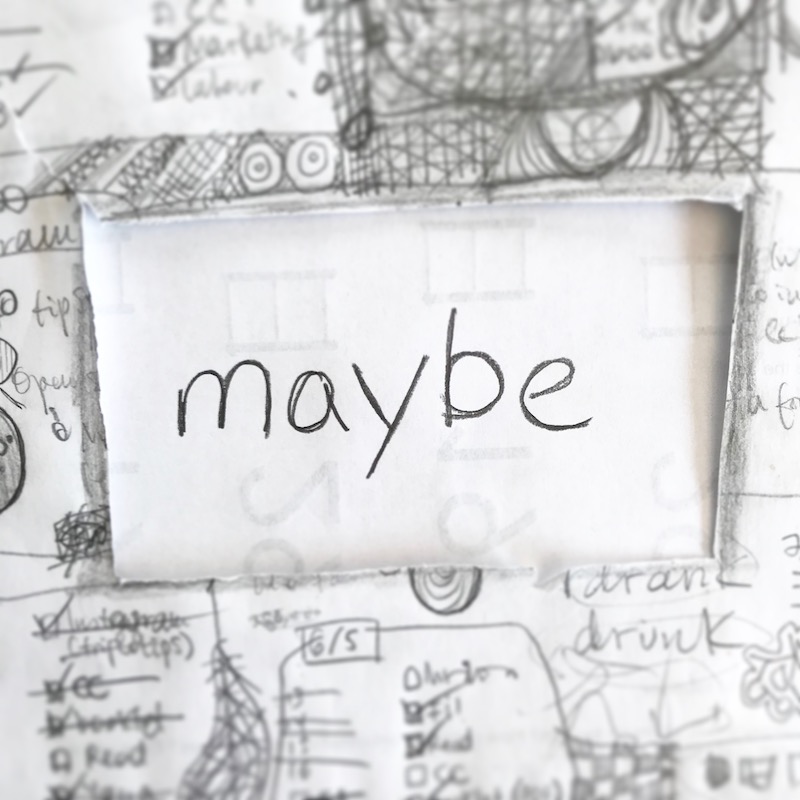 First, as an adverb.

- Maybe I will quit my job. (Perhaps; possibly.)

- He ate maybe three or four pizzas. (See above)

A: Are you going to the party?
B: I’m very tired, but I do like parties…
A: Is that a yes?
B: It’s a maybe.
(A mere possibility or probability.)

Now, ‘maybe’ is also used in a phrase to admit the truth of a point in an argument before introducing another, more important point. It goes so:

- [that's as maybe]
A: Avocado is delicious and a very healthy fruit.
B: Well, that’s as maybe, but I’d rather eat local food. Bringing avocados from Mexico is not good for the environment.