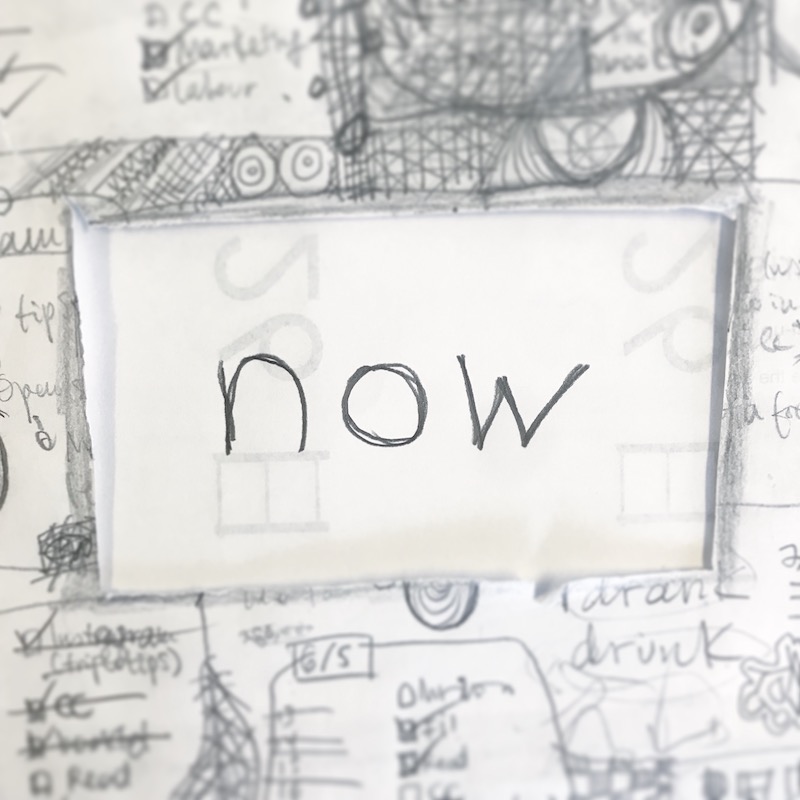 今週の #WOTW は「now」です。The adverb ’now’, like the verb ‘explain’ last week, is very common word that even zero beginners know. But ‘now’ is a very versatile word with not a few uses. It is used in some phrases and as a conjunction and an adjective too. Shall we have a look?

First, as a verb.

- Where are you now? (At the present time or moment.)

- I think I will make it if I leave now. (At the time directly following the present moment; immediately.)

- I used to love chicken, but don’t eat much meat now. (Under the present circumstances; as a result of something that has recently happened.)

- You again? What is it now? (On this further occasion, typically as the latest in a series of annoying situations or events.)

- I’ve been teaching for over 10 years now. (Used to emphasise a particular length of time.)

- Now, I don't know what your problem is, but I rather you’d leave me alone. (Used, especially in conversation, to draw attention to a particular statement or point in a narrative.)

- I don’t usually drink. Now, if you have some fine gin, I might change my mind. (See above.)

- There goes my bus! I can’t be there on time, now can I? (Used in a request, instruction, or question, typically to give a slight emphasis to one's words.)

- a: The Prime Minister says the unemployment rate is going down.
b: Is it now?
(Used at the end of an ironic question echoing a previous statement.)

This is how we use ‘now’ as a conjunction.

- Now you say that, yes, I think I saw someone walking around last night. (As a consequence of the fact.)

- They will have to get along now that they work in the same room. (See above.)

Time for the adjective now (not a pun!).

- Pink skirts with yellow socks are so not now. (Fashionable or up to date. This is informal.)

- [for now] But for nowww, let me say I love youuu. Later on there’ll be time for so much moooore… (Until a later time.)

- [now and again (or then)] She walked looking at her smartphone, bumping into people now and then. (From time to time.)

- [now now] (2) I will send you the report now now. (Later; an undetermined time in the future. South African English.)

- [now then] (1) Now then, who wants more chocolate? (Used to get someone's attention or to invite a response.)

- [now then] (2) Now then, it’s not nice to talk to people that way, Donald. (Used as an expression of mild remonstrance or warning.)

- [now you're talking] A trip to Hawaii? Now you’re talking! (An expression of enthusiastic agreement or approval.)