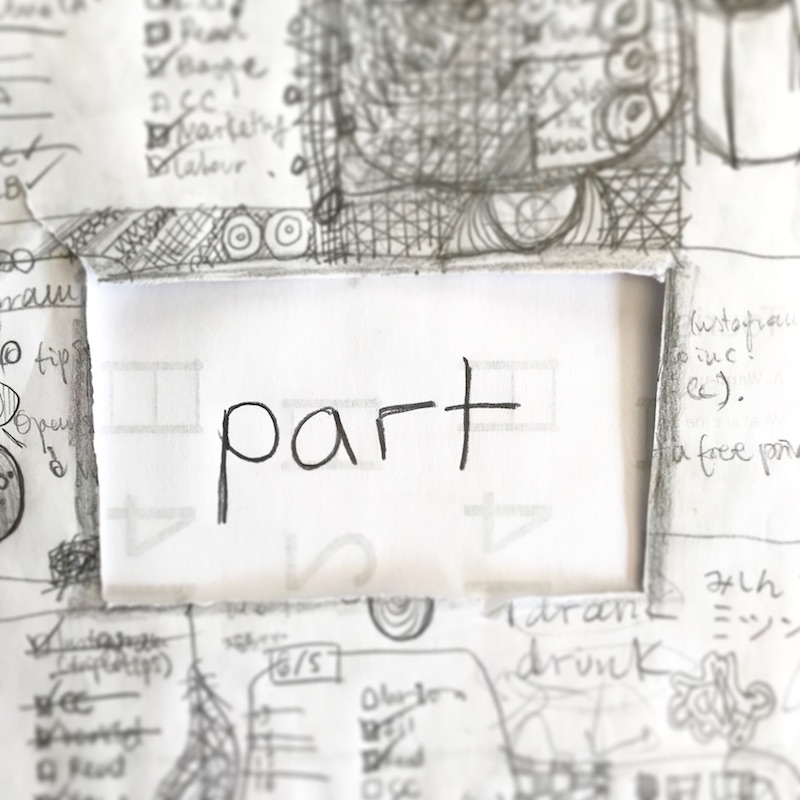 今週のWOTWは ‘part’ です。’Part’ is a noun and a verb, but it can also be an adverb. It is used in quite a few phrases too. Ready? No? Which part don’t you understand? *wink wink*

This week, the noun

- We’ll divide the group into two parts. (An amount or section which, when combined with others, makes up the whole of something.)

- What is your favourite body part? (See above.)

- I don’t know what part of the 20th century was deadlier, the first one or the second one. (See above.)

- Fluffy is part of the family. (An element that is essential to the nature of something.)

- I’d like to order part XY-288, please. (A manufactured object assembled with others to make a machine; a component.)

- I think my Ikea sofa is missing a part. (See above.)

- The first part of the episode was really exciting, but then, it all fell apart. (A division of a book, periodical, or broadcast serial.)

- The cake is one part chocolate and six parts sugar. It can’t be healthy! (A measure allowing comparison between the amounts of different ingredients used in a mixture.)

- I didn’t quit because of the salary. That’s only one part of the story. (Some but not all of something.)

- I don’t like the yellow part. (A point on or area of something.)

- What’s the name of the girl who plays the part of Juliette again? (A role played by an actor or actress.)

- I didn’t think the percussion part went well with the rest. What did you think? (A melody or other constituent of harmony assigned to a particular voice or instrument in a musical work.)

- You play an important part in this company. (The contribution made by someone or something to an action or situation.)

- Jimmy? The bathroom was your part this month, wasn’t it? (One's part: The appropriate or expected behaviour in a particular role or situation; one's duty.)

We will be giving you some examples of how to use the verb and expressions with ‘part’ next week, so come back then for the second part of ‘Part’!

今週の #WOTW は 'real’ です。’Real’ is an adjective and an adverb. We also use it in a few phrases. Let’s start with the...