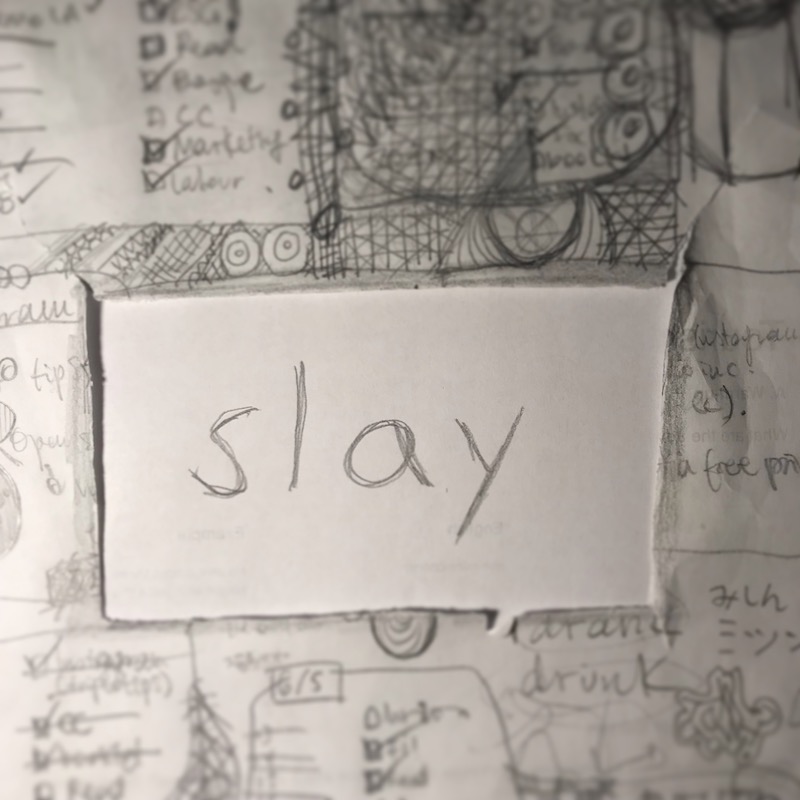 今週の #WOTW は 'slay’ です。’Slay’ is a verb and it can be used both in a literary way or informally. Its conjugation is rather tricky. Depending on the meaning it goes like this: slew/slayed for the past and slain/slayed for the participle. Intrigued? Okay, let’s go!

- Saint George slew the dragon and saved the princess. (This is archaic — which means very old — and literary. It means to kill a person or animal in a violent way. Remember, if you use ‘slay’ with this meaning, the past is ‘slew’ and the participle ‘slain’.)

- The lord of the manor had slain countless peasants, so everybody hated him. (See above.)

In North America they use ‘slay’ as a synonym for ‘murder’.

- I woman was slain in the alley.

The following meanings are more fun.

- It’s such a joy to spend time with my nephew. He slays every time. (This is informal and it means to greatly impress or amuse someone.)

- The actress slayed in a sparkly black gown. (Be extremely impressive, stylish, or successful.)

Now, we’ve said that ‘slay’ is a verb. However, it can also be a noun when used instead of ‘sley’. In that case, we’re talking about a tool used in weaving. Not that you will be using it, but good to know!