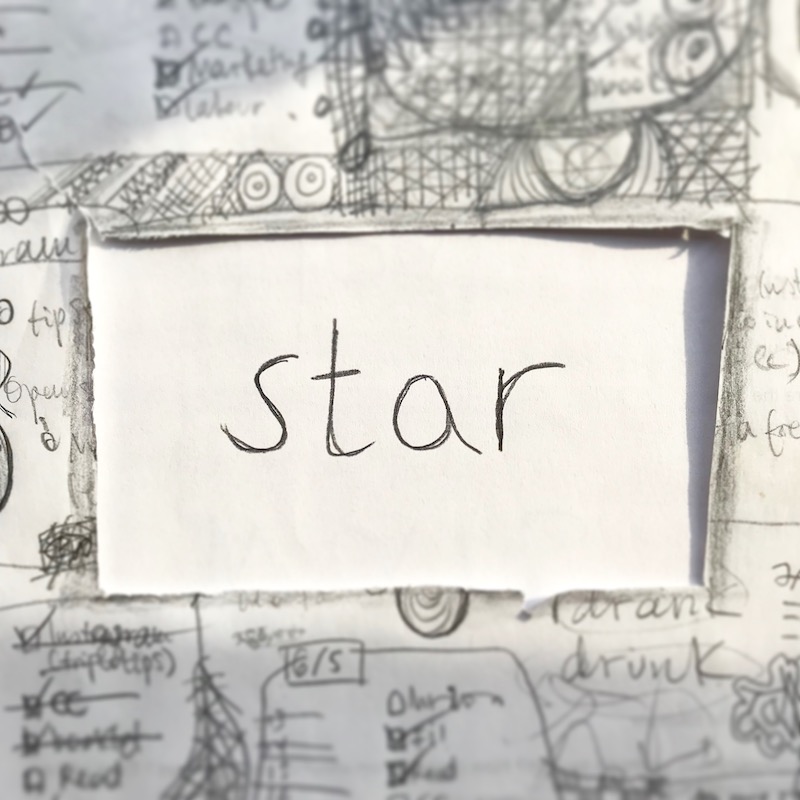 First as a noun:

- The sun is one of many stars. (A fixed luminous point in the night sky which is a large, remote incandescent body like the sun.)

- Can you draw a star? (A representation of a star, typically having five or more points.)

- I have never spent a night in a 5-star hotel. (A star-shaped symbol used to indicate a category of excellence.)

- This restaurant has been given a star rating, so it must be good. (A star-shaped symbol used to indicate a category of excellence.)

- They don’t make pop stars like they used to… (A very famous or talented entertainer or sports player.)

- You won’t be given star treatment just because you’re the son of the president. (Very special service or treatment)

- Alexandra Ocasio-Cortez is a rising star in the Democratic Party. (An outstandingly successful person or thing in a group.)

- I wasn’t a star student, but I did alright. (A person who performs outstandingly well)

- Mum! I caught a starfish! (Sea animal with five or more arms)

Let’s have a look at the verb next.

- Leonardo Dicaprio stars in Titanic. (To have a principal role in a film, play, or other show.)

- Nishikori starred at Roland Garros. (Perform exceptionally in a game or other event.)

- Why is point number 5 starred? (Mark (something) for special notice or recommendation with an asterisk or other star-shaped symbol.)

- [have stars in one's eyes] She came to the audition with stars in her eyes. (Be idealistically hopeful about one's future.)

- [my stars!] My stars, I can’t believe you just did that! (An expression of astonishment. This is informal and somewhat dated.)

- [reach for the stars] This job is just temporary. I’m reaching for the stars. (Have high or ambitious aims.)

- [see stars] I saw stars when I fell over at the pool. (Seem to see flashes of light, especially as a result of being hit on the head.)

- [you're a star!] Thanks for doing the washing up. You’re a star! (Used to praise someone's efforts, especially by way of thanks. This is imformal)

今週の #WOTW は最後の「hotel」です。Since this word is used internationally, we all know what the noun means but, what about the...