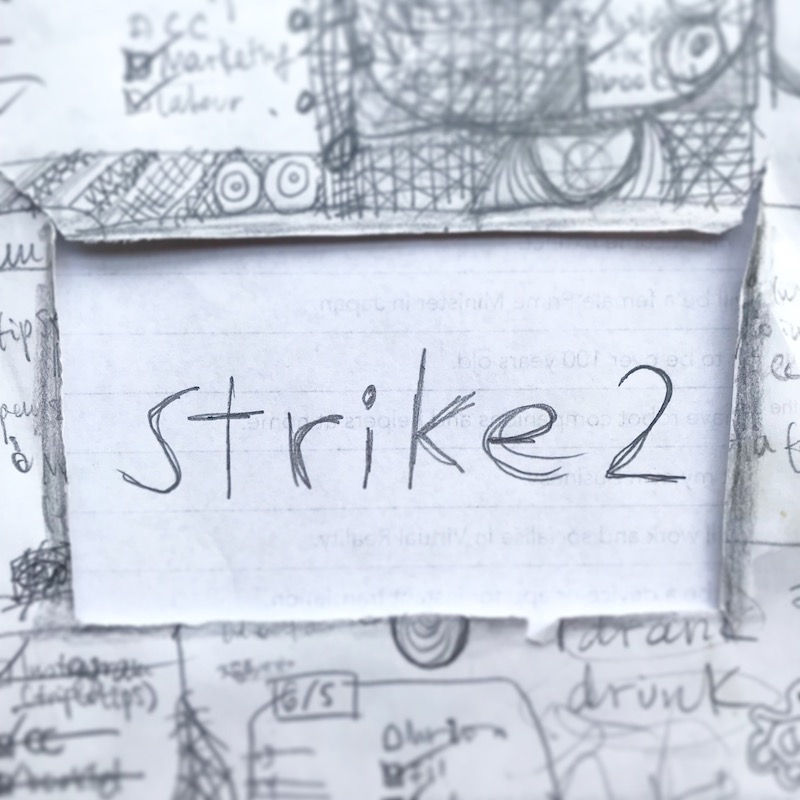 今週の #WOTW には二週間前の「strike」に戻ります。This week, we’re having a look at 'strike' in phrasal verbs and some participle-preposition combinations.

- [strike down] He was a very healthy person, so it was a surprise whe he was struck down by a sudden disease. (Kill or seriously incapacitate someone.)

- [strike something into] The Chinese government wants to strike fear into the people of Hong Kong. (Cause or create a particular strong emotion in someone.)

- [be struck by/with] I was struck by the painting. (Find particularly interesting, noticeable, or impressive.)

- [be struck on] I’m so struck on Peter, but I don’t think he knows I even exist… (This is informal. Be deeply fond of or infatuated with.)<v/p>

- [strike someone off] She was struck off office due to corruption. (This is British English. Officially remove someone from membership of a professional group.)

- [strike something down] The law that establishes that you cannot hold any other passport but the Japanese one is really unfair to children of mixed families. It should be struck down. (This is North American English. Abolish a law or regulation.)

- [strike on/upon] You strike upon the best solutions when you’re not thinking about the problems. (Discover or think of, especially unexpectedly or by chance.)

- [strike out] After working at the company for 10 years he decided to strike out on his own. (Start out on a new or independent course or endeavour.)

- [strike out/off/away] She struck off without saying a word. (Move or proceed vigorously or purposefully.)