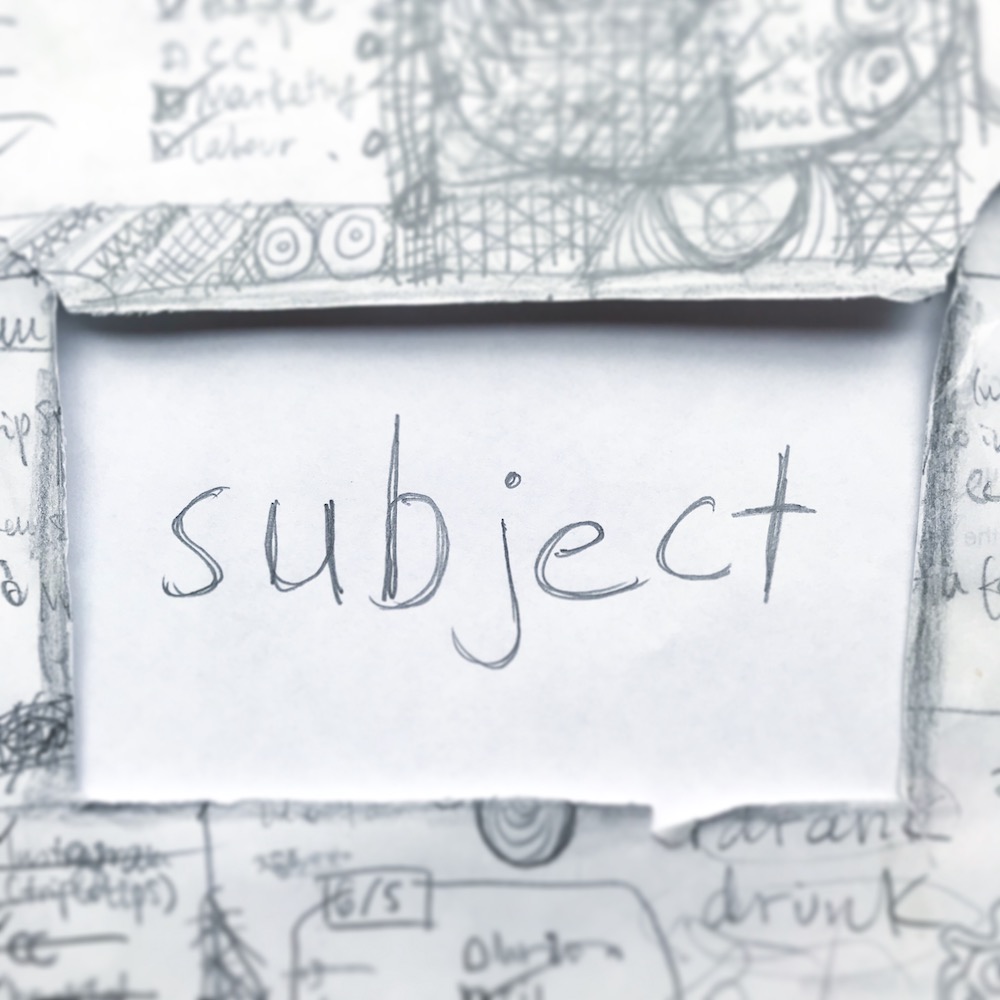 今週の #WOTW は 'subject’ です。’Subject’ is a noun, an adjective, and adverb, and a verb. It has it all! Let’s have a look at the noun first.

- I don’t want to talk about that subject. (A person or thing that is being discussed, described, or dealt with.)

- What is the subject of the uproar? (A person or circumstance giving rise to a specified feeling, response, or action.)

- Would you agree to be a subject in the COVID 19 vaccine experiments? (A person who is the focus of scientific or medical attention or experiment.)

- My favourite part of this composition is the subject. (In music, a theme of a fugue or of a piece in sonata form; a leading phrase or motif.)

- What was your favourite subject in school? (A branch of knowledge studied or taught in a school, college, or university.)

- I don’t like the idea of being a subject. That’s why I support the republic. (A member of a state other than its ruler, especially one owing allegiance to a monarch or other supreme ruler.)

- What is the subject in this sentence? (In grammar, a noun or noun phrase functioning as one of the main components of a clause.)

- Can we regard mussels as sentient subjects? (In philosophy, a thinking or feeling entity; the conscious mind; the ego, especially as opposed to anything external to the mind.)

The adjective, the adverb, and the verb appear together with ‘to’. We’ll have a look at the adverb examples after we see the adjective:

- He was subject to bullying as a child. (Likely or prone to be affected by a particular condition or occurrence, typically an unwelcome or unpleasant one.)

- The agreement is subject to the CEO’s approval. (Dependent or conditional upon.)

- We are all subject to the same laws. Or ought to, that is. (Under the authority of.)

- The southern Irish gained independence after centuries of being subject to England. (Under the control or domination of another ruler, country, or government.)

- Seats are subject to availability and seniority. (Conditionally upon.)

Last, but not least, the verb. Usually, it comes with a noun (someone or something) between ‘subject’ and ‘to’:

- Russia subjected Crimea to its rule a few years ago, but nobody did anything. (Bring a person or country under one's control or jurisdiction, typically by using force.)

今週の #WOTW は「immerse」です。’Immerse’ is a verb. Its primary meaning is to go in and under the water, but it can also be used...