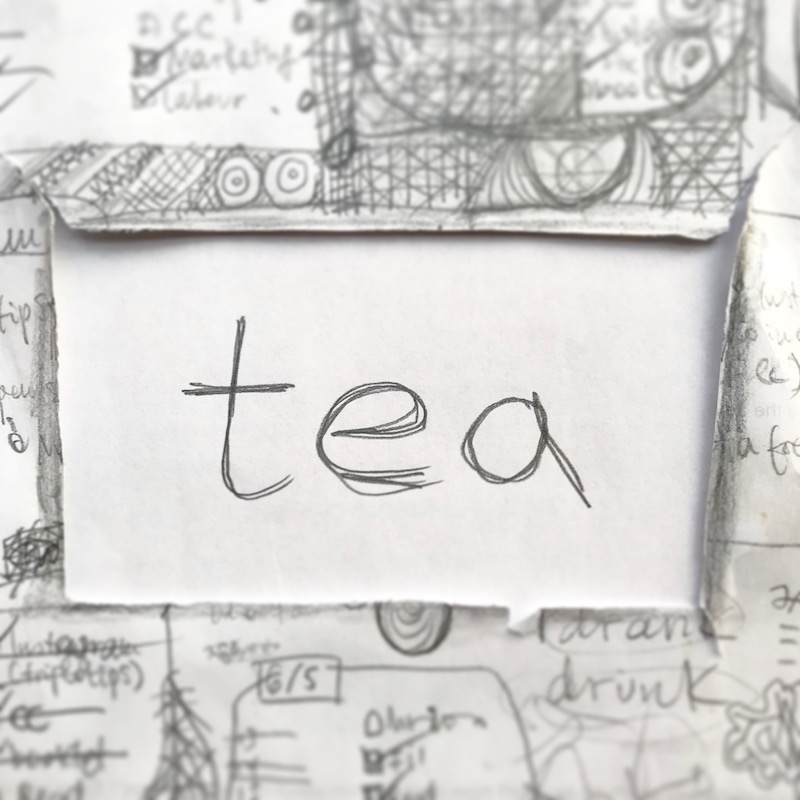 今週の #WOTW は 'tea’ です。’Tea’ is obviously a noun, but it can also be a verb. The fact that it is used in a couple of phrases shows its place in English culture too. Let’s have a look, first, to the noun.

- I like my tea with milk and sugar. (A hot drink made by infusing the dried crushed leaves of the tea plant in boiling water.)

- Did you know that tea is the most popular manufactured drink consumed in the world, equaling all others – including coffee, chocolate, soft drinks, and alcohol – combined? It’s true, I read it on Wikipedia. (See above.)

- China is the biggest producer of tea. (The dried leaves used to make tea.)

- I’m sorry. Herbal tea, fruit tea, rooibos tea… Those are no teas. (A drink made from the infused leaves, fruits, or flowers of plants other than tea.)

- What kind of tea do they grow in Malaysia? (The evergreen shrub or small tree which produces tea leaves, native to southern and eastern Asia and grown as a major cash crop.)

- Will you come for tea tomorrow? (A light afternoon meal consisting typically of tea to drink, sandwiches, and cakes. This is British.)

- I’m tired of fish and chips for tea, mum! (The evening meal. This is British and usually working class. Not exactly the same, ‘high tea’ would be a meal in the late afternoon or early evening consisting of a cooked dish, bread and butter, and tea.)

- I used to have big teas as a child because I had a long walk to school. (In the West Indies, breakfast, typically consisting of a hot drink and bread.)

- I have some tea about Rachel. Wanna hear? (This is informal and North American. Secret information or rumours of a scandalous nature; gossip.)

- I teaed with Lola yesterday. (See above.)

The phrases come next.

- [tea and sympathy] I don’t need your tea and sympathy. I need solutions! (This is also informal. It refers to kind and attentive behaviour towards someone who is upset or in trouble.)

- [spill the/some tea] The journalist spilled the tea about the movie star. (This is informal North American English. It means to share private, secret, or embarrassing information about someone. Gossip.)

- [one’s cup of tea] She’s not my cup of tea. (This is informal British English. It means one's chosen or preferred thing, task, company, person… In the example above, it means that the person talking doesn’t like the woman.)