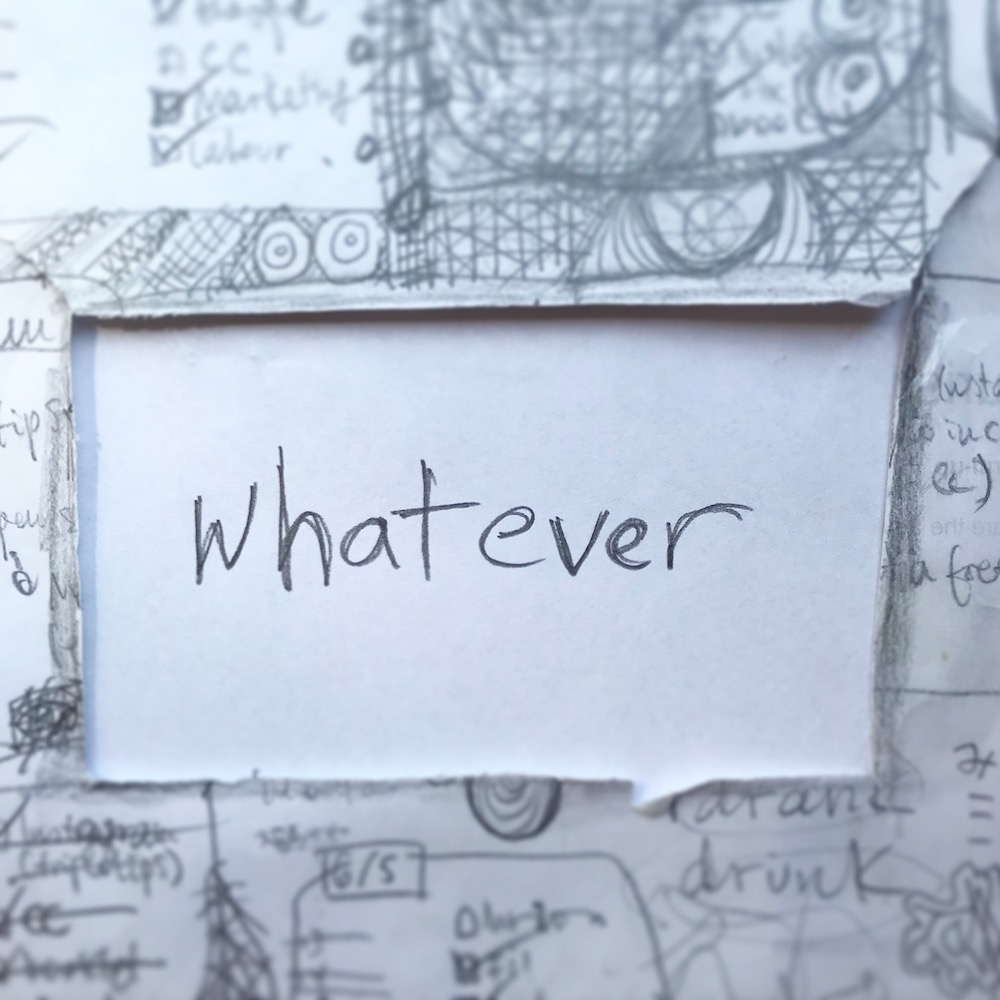 今週の #WOTW は 'whatever’ です。’Whatever’ is a pronoun (we haven’t had many of those), an adverb, and an exclamation. We also use it in one phrase. Today’s is not a very long instalment, so it’ll be over before you know it. Let’s start with the pronoun.

- I do whatever I like. (Used to emphasize a lack of restriction in referring to any thing or amount, no matter what.)

- I will always be there for you, whatever happens. (Regardless of what.)

- Whatever is the matter with you? (Used for emphasis instead of ‘what’ in questions, typically expressing surprise or confusion.)

- Whatever happened to Baby Jane? (See above.)

The adverb comes next.

- We received no information whatever, so we were really shocked when they came to evict us. (At all, of any kind. Used for emphasis.)

- A: I brought pastries.
- B: Whatever.
(This is informal. It is said as a response indicating a reluctance to discuss something, often implying indifference.)

Last, but not least, the phrase.

- [or whatever] Any kind of pasta is okay: long, short, spaghetti, farfalle, or whatever. (This is informal. It means “or anything similar”.)