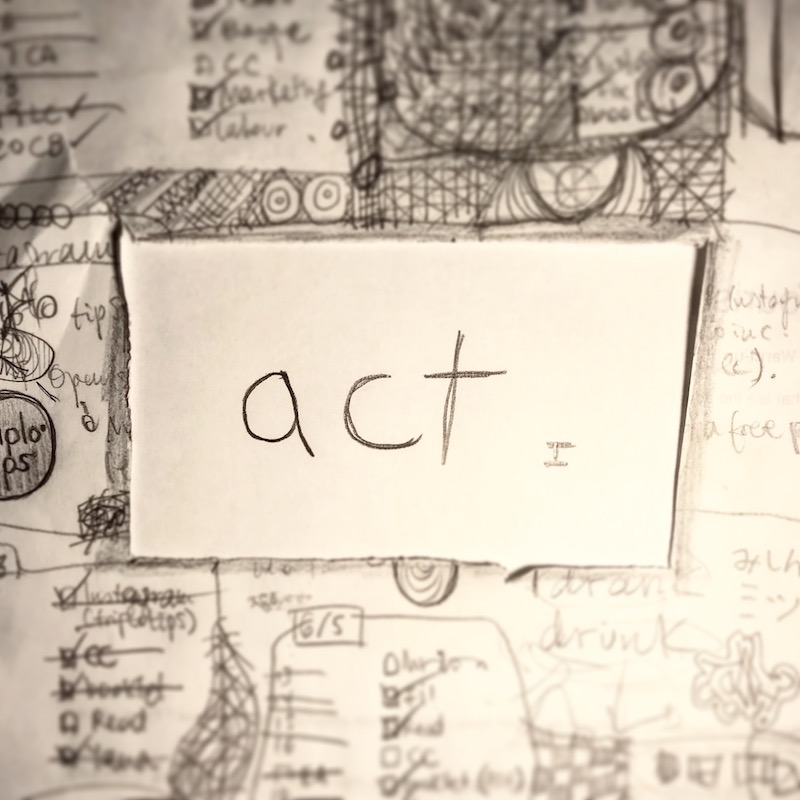 今週のWord of the Weekは「act」です. “Act” can be a noun and a verb. The verb can be used in combination with several prepositions. Ready? ACTion!

Let’s begin with the verb and a couple of phrasal verbs.

- Human Rights Watch is urging the UN to act. (Take action, do something)

- The government should act to end poverty. (Take action, do something)

- I didn’t know all this, but I will certainly act on it. (Take action according to or in the light of.)

- Do you want things to change? Act for change! Be the change! (Take action in order to bring about.)

- I will act for you so you don’t have to deal with the paperwork. (Represent (someone) on a contractual, legal, or paid basis.)

- The lawyer acted on behalf of Stormy Daniels. (Represent (someone) on a contractual, legal, or paid basis.)

- The man acted from jealousy, but that doesn’t excuse what he did. (Be motivated by.)

- I’m sorry I stole the food. I acted out of desperation. (Be motivated by.)

- What do you mean you’re going to the club? Can you please act your age? (Behave as people one’s same age are suppose to behave.)

- These cardboard boxes can act as drawers. Don’t throw them away. (Fulfil the function or serve the purpose of.)

- Don’t act dumb. I know you know exactly what I mean. (Behave so as to appear to be; pretend to be.)

- When learning new vocabulary, acting it out helps to remember it. (Perform a narrative as if it were a play.)

- These children are always acting up. I don’t know what to do! (Misbehave)

- All smartphones start to act up after a while and we all accept it as normal. (Operate badly)

今週の #WOTW は ‘likely’ です. ‘Likely’ is an adjective and adverb with a similar meaning to probably. Let’s look at some...

今週の #WOTW は 'intensive’ です。’Intensive’ is an adjective used by the general public, but when used by linguists or...

今週の #WOTW は 'month’ です。’Month’ is noun with one meaning but that can be used in slightly different ways. Let’s have a...