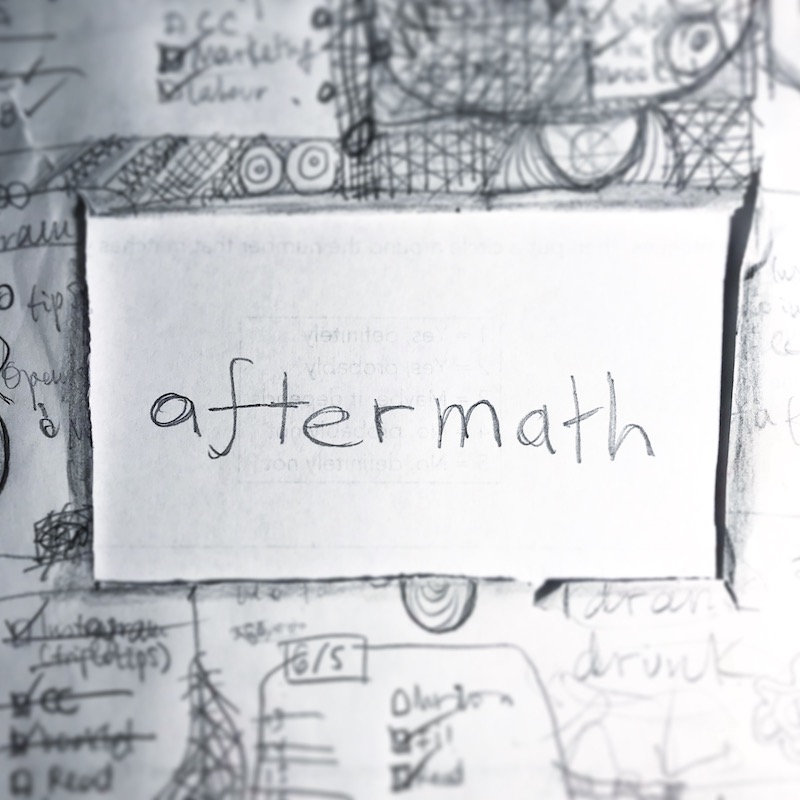 - It is common to see countless broken umbrellas in the aftermath of a typhoon. (The consequences or after-effects of a significant unpleasant event.)

- The aftermath of the earthquake caused delays in public transport. (See above.)

- Don't let the aftermath grow too much. It attracts all sorts of bugs. (This means new grass growing after mowing or harvest. It is obviously used in farming contexts, so we Tokyoites are not very likely to hear it.)