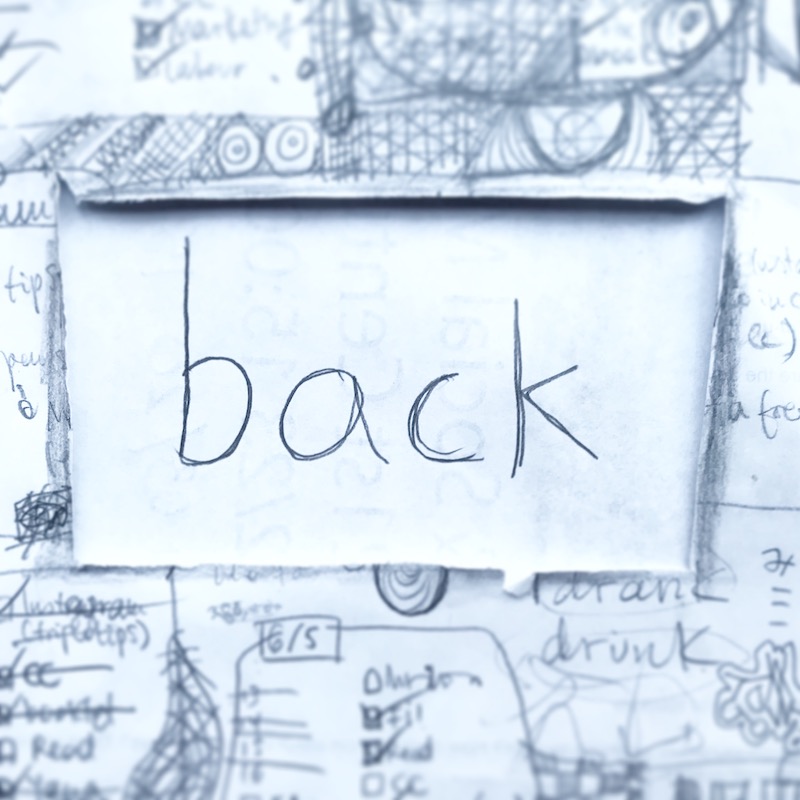 今週の #WOTW は「back」です。Why? Because we’re BACK after a very long Golden Week. This word is a noun, a verb, and adverb, and an adjective. English is flexible! Are you ready? No? Okay, you can come ‘back’ later, but we’ll just jump into it.

First, the noun, then the adverb. We’ll leave the verb and the adjective for next week and the phrases will come after that. Let’s go!

- For many women, the back is the most attractive part of a man’s body. (The rear surface of the human body from the shoulders to the hips.)

- We can’t set sail without repairing the back first. (The main structure of a ship's hull or an aircraft's fuselage.)

- I fell because I forgot I was sitting on a stool and I wanted to rest on the back of the chair. (The part of a chair against which the sitter's back rests.)

- I’m not sure I want to wear that dress in December. It’s got no back. (The part of a garment that covers a person's back.)

- You work here? Sorry, you have too use the door at the back. (The side or part of something that is away from the spectator or from the direction in which it moves or faces; the rear.)

- No, Tommy! You write on the back of the postcard! (The side or part of an object that is not normally seen or used.)

- A back doesn’t usually score goals. (A player in a team game who plays in a defensive position behind the forwards.)

Time for ‘back’ as an adverb now.

- I think we’re lost. Let’s go back. (In the opposite direction from the one that one is facing or travelling towards.)

- The interviewer was leaning back on her chair. Not a good sign. (Expressing movement of the body into a reclining position.)

- Please, keep back from the yellow line. (At a distance away.)

- Trump was 3 million votes back. How could he become the president? (Losing by a specified margin. This is North American and informal.)

- After Golden Week things are back to normal. (So as to return to an earlier or normal position or condition.)

- We haven’t got this kind of food back home. (At a place previously left or mentioned.)

- Bell-bottoms are back this season? Really?! (Fashionable again.)

- All his work was published back in the 30s, but it feels so current. (In or into the past.)

- It’s lovely the sent us chocolates. Let’s send something back. (In return.)

今週の #WOTW は 'phenomenon’ です。’Phenomenon’ is a noun with two meanings, one of which is similar to wonderful. Let’s find...