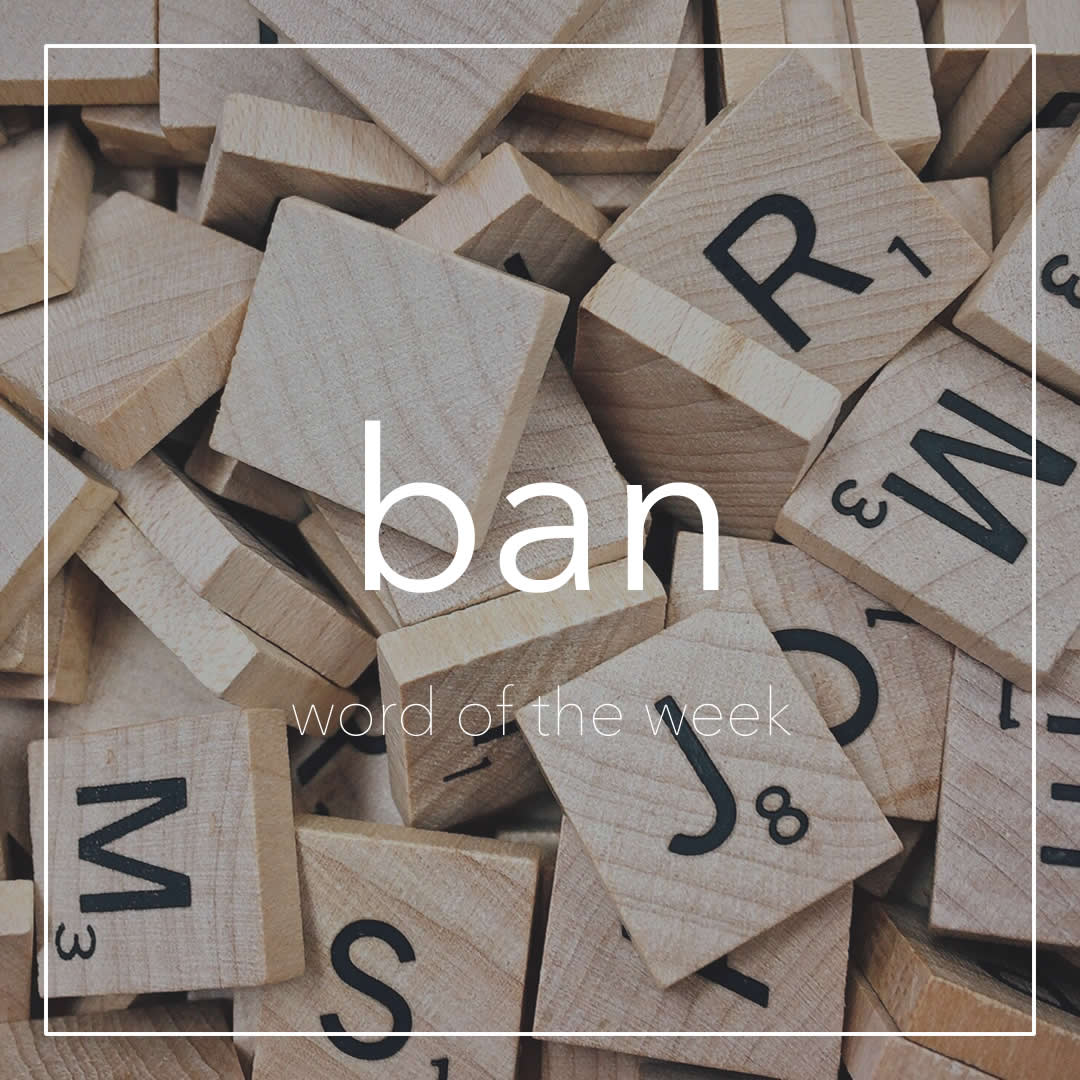 “Ban” is a verb and a noun, that have the same meaning. We use it when we talk about rules. Let’s take a look.

The meaning of the verb “ban” is to prohibit or to stop, usually officially, from action, display, sale, entrance and so on.

+ He was banned from athletics for life for using drugs.

+ There is a vote to ban further sales of petrol only cars after 2030 next week.

+ Alcohol is banned in Shinjukugyoen.

+ They want to ban the trade in pet turtles.

The meaning of the noun “ban” is the same. It is an official prohibition, a law or rule to stop doing something.

+ He was given a three-match ban.

+ The ban applies to all single use plastics.

+ Apart from a blanket ban, it is almost impossible to control social media.

+ The company imposed an overtime ban after several employees slept in the office.