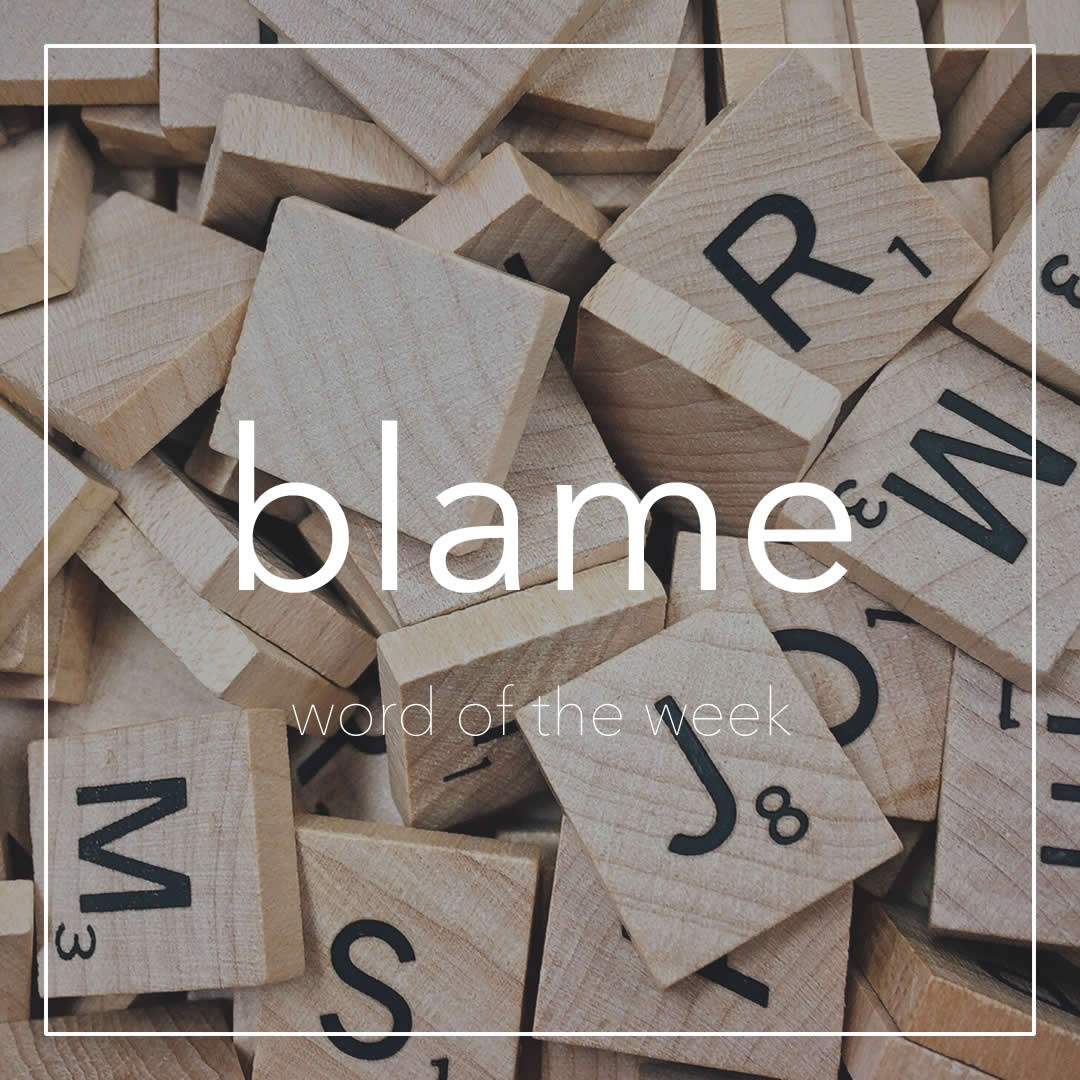 “Blame” is a verb and a noun that have the same meaning. Let’s look at what the word means and see some examples sentences.

The meaning of the verb “blame” is to feel or say that someone or something is responsible for a mistake or a wrong.

+ The inquiry blamed the train driver for the accident.

+ They blamed the manager’s bad decisions for the defeat.

+ You must look at yourself and your actions before blaming other people.

+ I don’t want to be blamed for the consequences.

+ The government blamed the harsh winter for the rise in gas prices.

+ She blames the manufacturer for the product being faulty.

+ The two sides each blame each other for the incident.

The meaning of the noun “blame” is responsibility for a mistake or a wrong.

+ The manger shouldered the blame for the defeat.

+ They tried to put the blame for the hostilities on the other side.

+ It is very difficult to solve the problem when nobody takes the blame for what happened.

+ She always puts the blame on anyone or anything other than herself.

+ The blame clearly lies with the politicians and oligarchs not with the common people.

There are a couple of useful phrases with blame too:

+ You are frustrated, and I don’t blame you. (shows understanding).

+ You have only yourself to blame for failing the exam. (only you are responsible for a bad situation by making bad choices against advice – in this case not studying).

“Era” is a noun. It has one central meaning and is used to talk about history. Let’s look at some example sentences:...

今週の #WOTW は 'patience’ です。’Patience’ is a noun and something we all need. Let’s have a look!

今週の #WOTW は先週の「repeat」です。It is most commonly used as verb, but it is also a noun. At this rate we’ll have to repeat some...