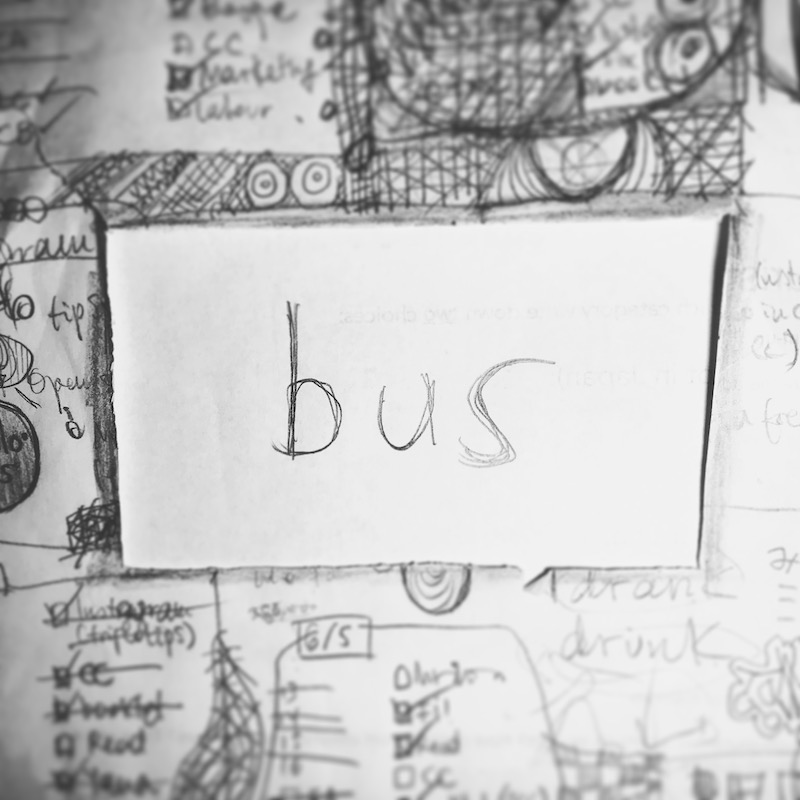 今週の #WOTW は最後の「bus」です。’Bus’, like 'street' last week, is a very common noun and something that most of us have used or use regularly. But did you know it could also be a verb? Well, it can! But let's have a look at what we know first, the noun.

- I go to work by bus. (A large motor vehicle carrying passengers by road, typically one serving the public on a fixed route and for a fare.)

- There are so many tourist buses in Shinjuku recently. (See above. Note that in North America the plural, the past simple, and the third person as well as the gerund are spelled with a doubling of the S, that is 'busses', 'bussed', and 'bussing' not as in Europe where its 'buses', 'bused', and 'busing'.)

- What part of a computer is easier to replace, the bus or the hard drive? (A distinct set of conductors carrying data and control signals within a computer system, to which pieces of equipment may be connected in parallel.)

- Will we be bused to the hotel from the airport? (Transport in a communal road vehicle.)

- I bused all the way from the border to Van Vieng. (Travel by bus.)

- I was the only Asian kid at my school. They would bus me every day from the other side of the city. (In North America, transport a child of one ethnic group to a school where another group is predominant, in an attempt to promote racial integration.)

- Suzanne? Can you please bus table 4? (In North American English, remove dirty plates and dishes from a table, especially in a restaurant or cafeteria.)

Time for a phrase now.

- [throw someone under the bus] I can't believe she threw me under the bus in front of the boss. (Cause someone else to suffer in order to save oneself or gain personal advantage. This is North American and informal.)

今週の #WOTW は 'always’ です。'Always’ is an adverb and part of a very common phrase. We’re sure most of you already know how...