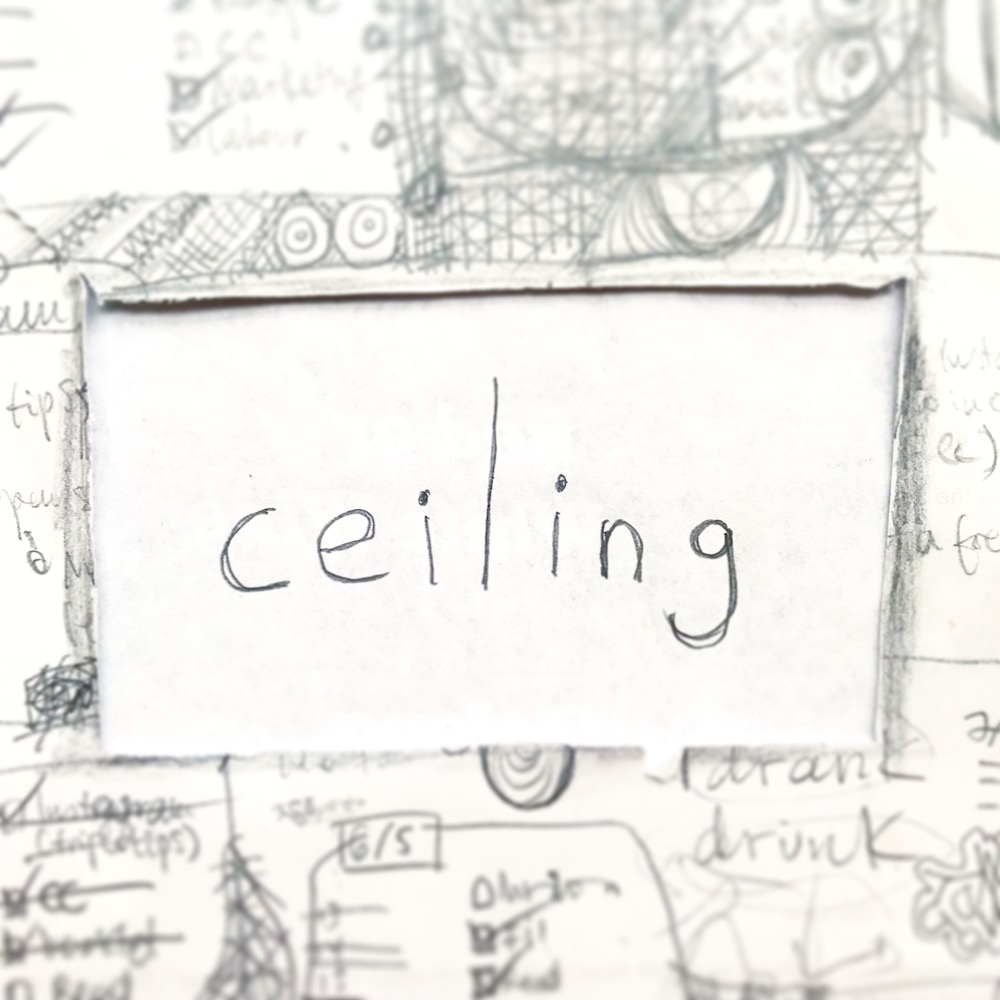 今週の #WOTW はまた「ceiling」です。'Ceiling' is a noun and it is used metaphorically in a couple of instances, sometimes with the words 'glass' and 'bamboo'. Let's have a look!

- The ceiling is beautifully decorated with frescoes. (The upper interior surface of a room or other similar compartment.)

- The room has 3-metre long walls from floor to ceiling. (See above.)

- The spending ceiling imposed by austerity policies is making people suffer. (An upper limit set on prices, wages, or expenditure.)

- What would happen if this place flew beyond its ceiling? (The maximum altitude that a particular aircraft can reach.)

- The ceiling of cirrus clouds, which is the thin, wispy strands-kind of cloud, is 45,000 ft above sea level. (The altitude of the base of a cloud layer.)

- We heard a knock and later knew that we had hit a coral reef, but fortunately the hull was only dented and the ceiling was unaffected. (The inside planking of a ship's bottom and sides.)

As said above, a couple of metaphorical uses of 'ceiling' are used together with the words 'glass' and 'bamboo'.

- [glass ceiling] Formally and legally, men and women are equal, but for women in society there are still a lot of glass ceilings that need to be shattered if we are to be a truly egalitarian society. (The limitations women encounter to progress socially, especially in the work place.)

- [bamboo ceiling] There is clearly a bamboo ceiling when you look at the executives of this company. Practically all of them are white people. (The limitations Asian people encounter to progress socially, especially in the work place. This is an expression chiefly used in Australia.)

今週の #WOTW は ‘vision’ です. ‘Vision’ is a noun with three main meanings that all having to do with seeing. Let’s look...

今週の #WOTW は「sport」です。’Sport’ is a noun, a verb, it’s used in a couple of phrases, and it doesn’t always involve balls,...

今週のWord of the Week「roof」です。’Roof’ is a noun or a verb. As with other words in English, we can get creative and use it...