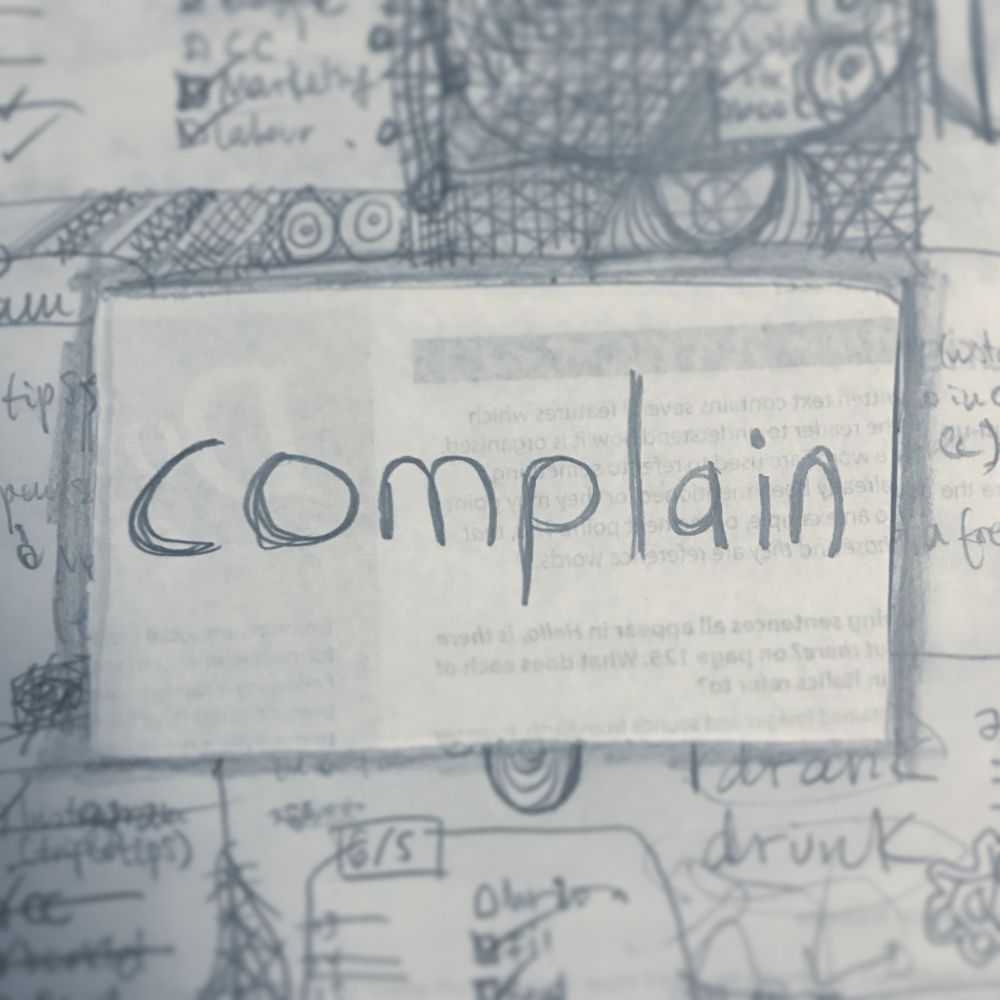 今週のWOTWは『complain』です。’Complain’ is a verb that is very commonly misused as a noun, given that the noun is spelled a little differently. We’ve also found that a lot of people in Japan use ‘claim’ when they really should be using ‘complain’. But more of that later! First, let’s have a look at ‘complain’ in a few example sentences. It is good to keep in mind that ‘complain’ is always followed by ‘about’, ‘that’, ’to’, or ‘of’:

- My neighbour complains about the noise, but I can’t live without music. (to say that something is wrong or not satisfactory)

- She complained that her husband never buys her flowers. (to say that something is wrong or not satisfactory)

Now, when followed by ‘of’, it is usually to let other people know that something is making you feel bad or ill. It’s a phrasal verb (complain of something) and it is commonly used in its present continuous form:

- She’s been complaining of a bad toothache for weeks now. She should go see a dentist.

Now, the noun is ‘complaint’, with a final T. Remember that!