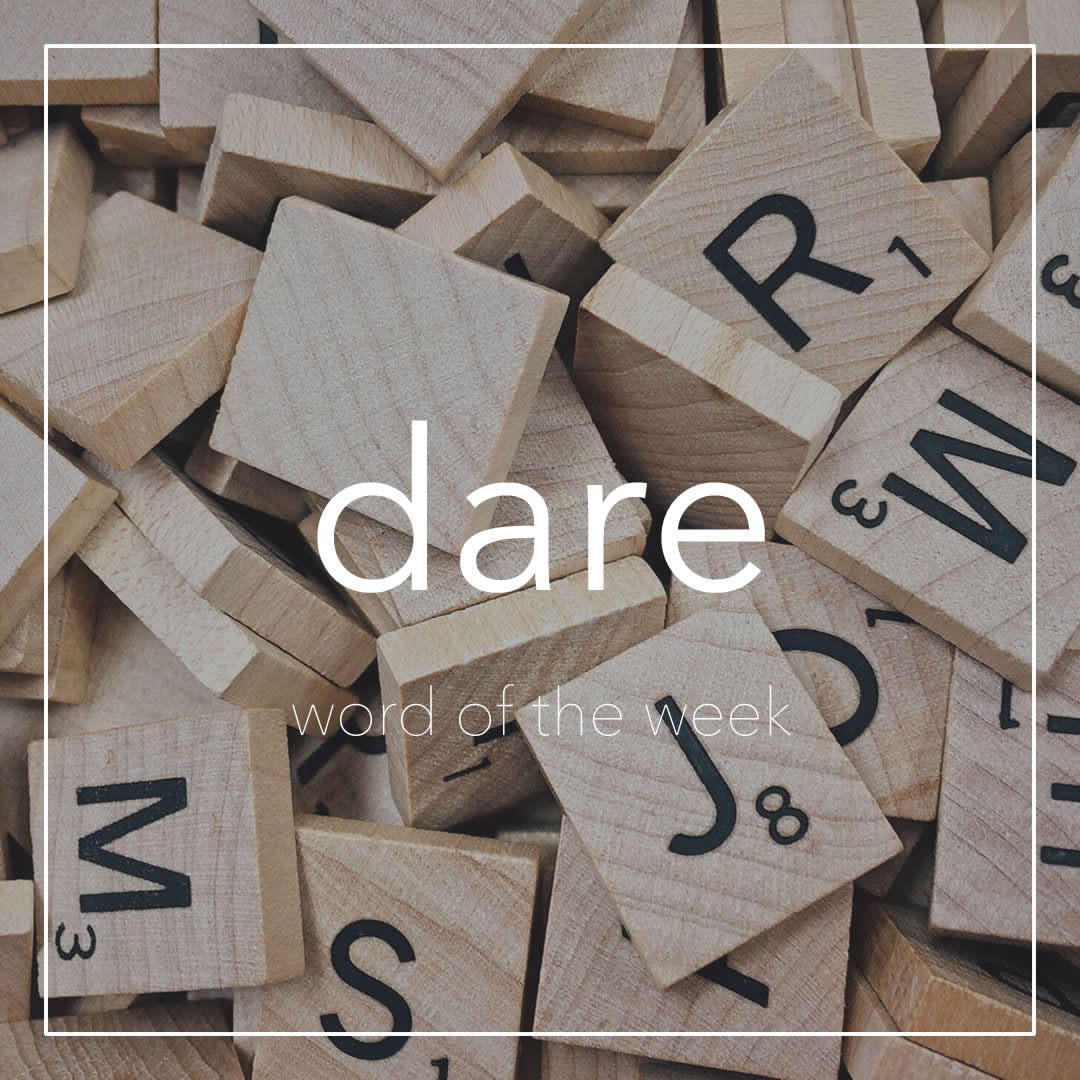 The main meaning of “dare” being brave enough to do something. It is often used as a modal verb

+ He moved as close to the edge of the cliff as he dared and looked down.

+ Because of the snow and ice, almost nobody dares to walk there.

+ The team never dared to dream they could win the tournament.

+ They all knew the answer, but nobody dared to speak up first.

+ She wanted to go but she didn’t dare to go by herself.

The other meaning of “dare” is related, it means challenge someone to do something.

+ I dare you to swap places with me.

+ He stood there with a sword in hand daring the thieves to challenge him.

+ She dared him to disagree with her.

+ They dared each other to do a sky dive.

“Dare” can also be a noun. It means a challenge, usually to prove you are brave.

+ As a dare, he drank five cans of Coke as fast as he could.

+ After they started drinking, they played a game of truth or dare.

+ He had to dance for her and her friends for a dare.

+ It was a stupid dare, and she ended up breaking her ankle trying to do it.

“Habit” is a noun with one meaning. But, habits are a big part of your life. Let’s find out the meaning and look at some...

今週の #WOTW は ‘expect’ です。’Expect’ is a verb that you probably were expecting after last week’s episode about ‘except’...