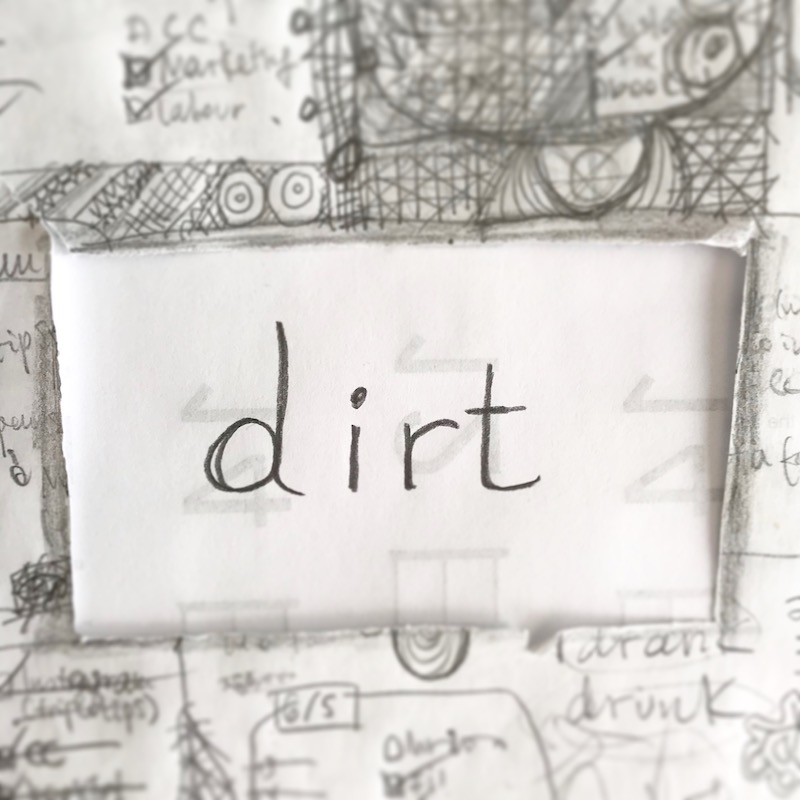 今週の #WOTW は「dirt」です。The noun ’dirt’ is not as used or talked about as its famous relative ‘dirty’, so we thought it would be interesting to have a look at it today. The original meaning is ‘excrement’, so the use of this word will necessarily be informal in many cases. The phrases using ‘dirt’ won’t disappoint you, so keep on reading!

- I hated it when my nan wiped the dirt off my face with her spit. (A substance, such as mud or dust, that soils someone or something.)

- There are some amazing places in Namibia that can only be reached on dirt roads. (See above.)

- Some streets of Paris are covered in dog dirt. (Excrement. This is informal.)

- Have you heard the dirt on Tomoko? (Information about someone's activities or private life that could prove damaging if revealed. This is informal.)

All right, time for the phrases now.

- [do someone dirt (also do dirt to)] Newspaper can’t seem to stop doing Corbyn dirt. (Harm someone's reputation maliciously. This is informal.)

- [drag the name of someone (or something) through the dirt] After dragging her name through the dirt for weeks, the judge sentenced that she was innocent, but the damage was already done. (Give someone or something a bad reputation through bad behaviour or damaging revelations. This is informal.)

- [eat dirt] She has been made to eat dirt after her racist remarks. (Suffer insults or humiliation. Informal.)