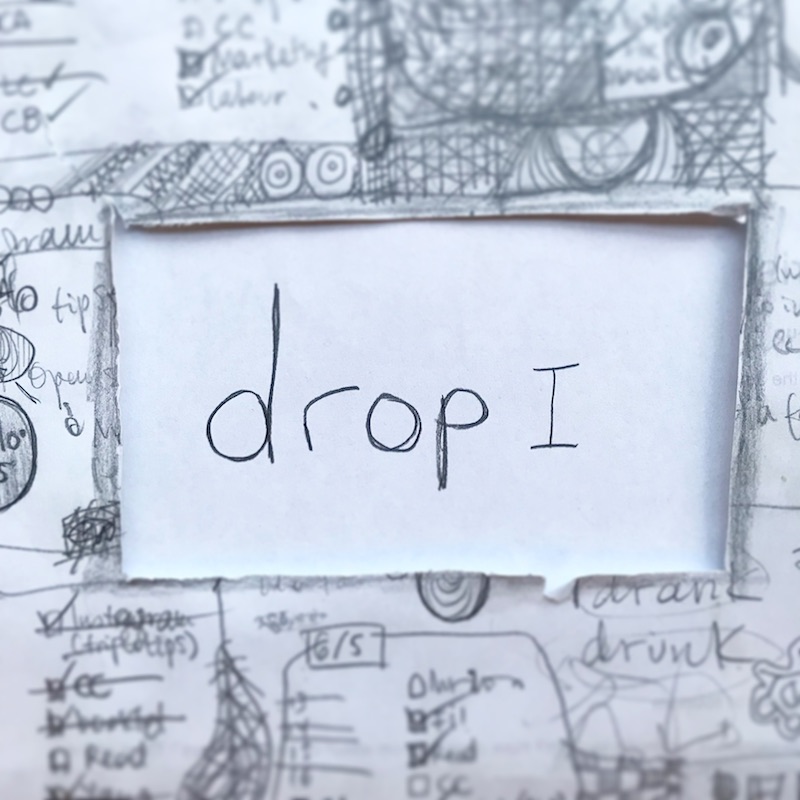 - He dropped the heavy bags when he got to the check-in counter (Let or make (something) fall vertically.)

- The Springboks dropped a goal 7 seconds before the end of the match. (In rugby, score (a goal) by a drop kick.)

- The cow has dropped twins?! (Of an animal, give birth.)

- His brain doesn’t work differently because he dropped a lot of LSD when he was young. (Take a drug, especially LSD, orally.)

- The baby can climb over and drop in and out of the cot at will. (Allow oneself to fall; let oneself down without jumping.)

- She dropped to her knees and begged her not to go. (Sink to or towards the ground.)

- By 5 I’m ready to drop. (Collapse or die from exhaustion. This is informal.)

- The mountains drop into the sea along the Basque coast. (Of ground, slope steeply down.)

- The boss is here, drop your voice. (Make or become lower, weaker, or less.)

- The birthrate is dropping more and more each year. (Make or become lower, weaker, or less.)

- Leonardo Dicaprio stars in Titanic. (To have a principal role in a film, play, or other show.)

- I think the accuser is lying and the charges will be dropped. (Abandon or discontinue a course of action or study.)

- Messi has been dropped from the next match. (Discard or exclude someone or something.)

- I dropped my friends because they were a bad influence. (Stop associating with. This is informal.)

- Are you going to Osaka? Can you drop me at Nagoya? (Set down or unload a passenger or goods, especially on the way to somewhere else.)

- Just drop the box in that corner. I’ll deal with it later. (Put or leave in a particular place without ceremony or formality.)

- He dropped the president’s name while talking about his weekend. (Mention in passing, typically in order to impress.)

- I love this club, the DJ drops such dench* tunes! (Of a DJ, select and play a record. This is British informal.) *cool

- Oh my God! Justin has dropped a new single! (Release music. This is informal.)

- How much money do you reckon* people drop at the pachinko? (Lose money through gambling. This is informal.) *think

Next week, we will be having a look at ‘drop’ as a noun.

Out with the old and in with the NEW! ２０１９年の初めのWOTWは ‘new’ です。’New’ is an adjective, but it can also be an adverb....