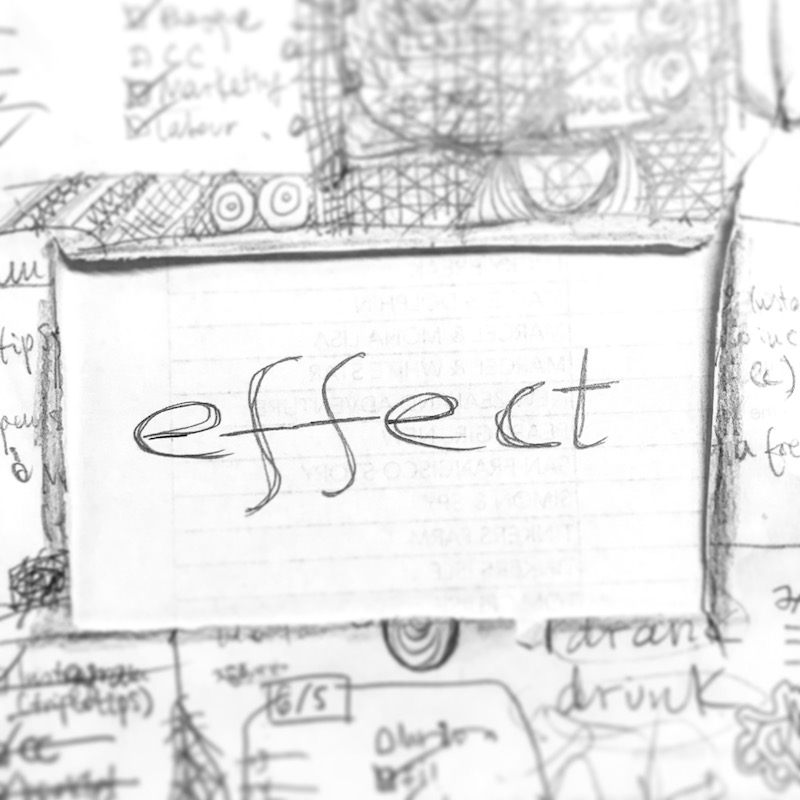 今週の #WOTW は「effect」です。As we said last week, ’affect’ and ‘effect’ are two words that we often get mixed. Just to remind you, ‘affect’ means ‘make a difference to’ something or someone, and ‘effect’ has more to do with results. So, let’s have a look at ‘effect’, first, as a noun.

- All this drinking will have an effect on your health. (A change which is a result or consequence of an action or other cause.)

- Children around the world are protesting climate change. This is known as the “Greta effect”. (See above.)

- What people in government do has an effect on the lives of ordinary people. (See above.)

- The new schedule will take effect soon. (The state of being or becoming operative.)

- Baking powder is not only for cooking. It can be used in cleaning to great effect. (The extent to which something succeeds or is operative.)

- The sound of the wind through the branches of a tree has a calming effect on me. (An impression produced in the mind of a person.)

- The light effects are an important part of any pop concert. (Plural. The lighting, sound, or scenery used in a play, film, or broadcast.)

- Please, make sure you take all you personal effects. (Plural. Personal belongings.)

‘Effect’ is also a verb…

- His rom-coms have effected the ideas people have about romantic relationships. (Cause something to happen or bring something about.)

…and part of a group of interesting phrases.

- [in effect] The new coastal law is not in effect yet, so it doesn’t affect people who have already built a house in the area. (In force.)

- [in effect] Doing your laundry once a week does, in effect, save you money and water consumption. (In practice, even if not formally acknowledged.)

- [for effect] I don’t think he really believes what he says on TV. It’s just for effect. (In order to impress people.)

- [put something into effect] Stop thinking about the plan and put it into effect! (Cause something to apply or become operative.)

- [take effect] When the smoking ban took effect in pubs everybody thought it’d be a disaster. Turns out, nothing happened and people actually like it. (Come into force or start to apply.)

- [to that effect] Some feminists protest that bras are oppressive and don’t wear them to that effect. (Having that result, purpose, or meaning.)