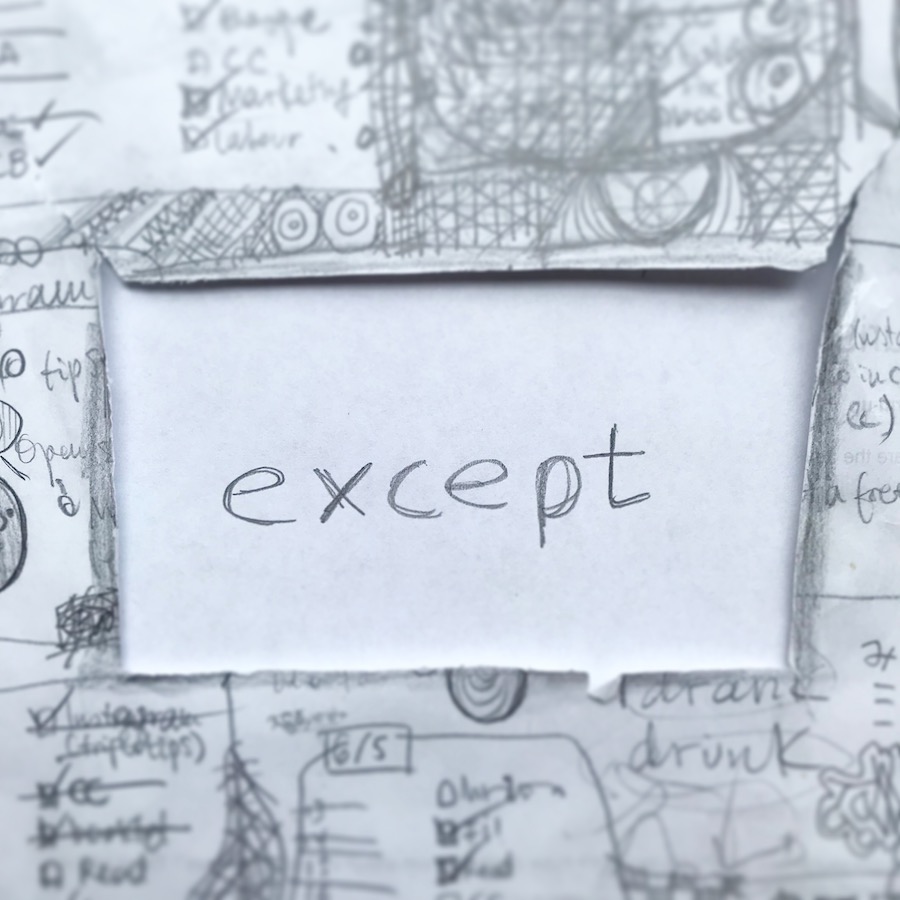 今週の #WOTW は ‘except’ です。’Except’ is a preposition and it’s probably the first preposition to make it to the Word of the Week series, I think. In addition, this word is also a conjunction (first time as well?) and a verb. Many people get it mixed with ‘expect’ and even ‘accept’. Let’s have a look at some examples.

We’ll start with the preposition.

- I like everybody except you. (Not including you, other than you.)

- I work five days a week except weekends. (Not including weekends, other than weekends.)

The conjunction is next.

- I didn’t say anything, except that I don’t like make up. Why is she mad? (Used before a statement that forms an exception to one just made.)

- I always go running in the evening, except for when I’m very tired from work. And I do get very tired at work… (See above.)

We have a couple more examples with the verb.

- Are returnees excepted from English language exams? (Specify as excluded from a category or group.)

- I was excepted from taking part in the meeting, but they didn’t explain why. (See above.)

‘Except’ comes from the Latin ‘excipere’ which means ‘taken out’ which makes a lot of sense, doesn’t it?

今週の #WOTW は 'list’ です。’List’ is a noun and a verb. Do you think you know all its meanings? Keep on reading to find out!...