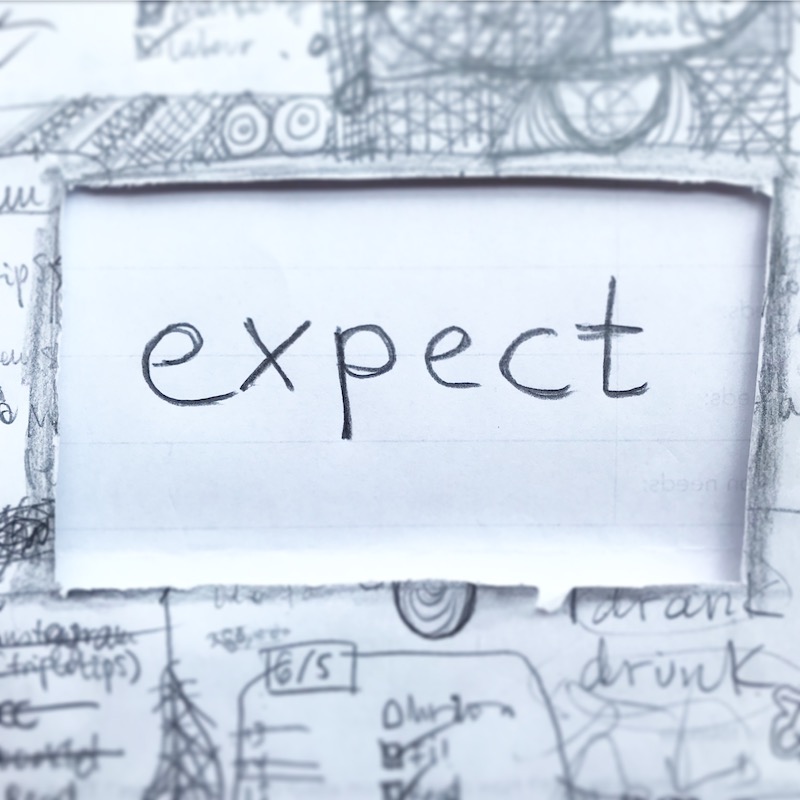 - I’ve been studying for months and have memorised all the necessary kanji. I expect to pass the exam. (Regard something as likely to happen.)

- I was not expecting to fail, honestly. (See above.)

- I expect her to call. She said she was going to. (Regard someone as likely to do or be something.)

- Could you come back tomorrow? I’m expecting a friend. (Believe that someone or something will arrive soon.)

- All his family expect great things form him and that has put a tremendous amount of pressure on the little boy. (Require something as rightfully due or appropriate in the circumstances.)

- We expect all employees to write a report at the end of each week. (Require someone to fulfil an obligation.)

- I expect you are the new teacher… (This use is informal. It indicates that one supposes something to be so but has no firm evidence.)

Time for the phrases.

- [what do you expect?]
A: My new bike just broke down.
B: It was only 2,000 yen, what did you expect?
(Used to emphasize that there was nothing unexpected about a person or event, however disappointed one might be.)

- [to be expected] She didn’t remember me, but we only talked for 5 minutes 10 years ago, so that was to be expected. (Completely normal.)

‘Expect’ comes from Latin’s exspectare, which means ‘look out for’.

今週の #WOTW は 'button’ です。’Button’ is most usually a noun, but it can also be a verb and it’s to be found in a couple of...