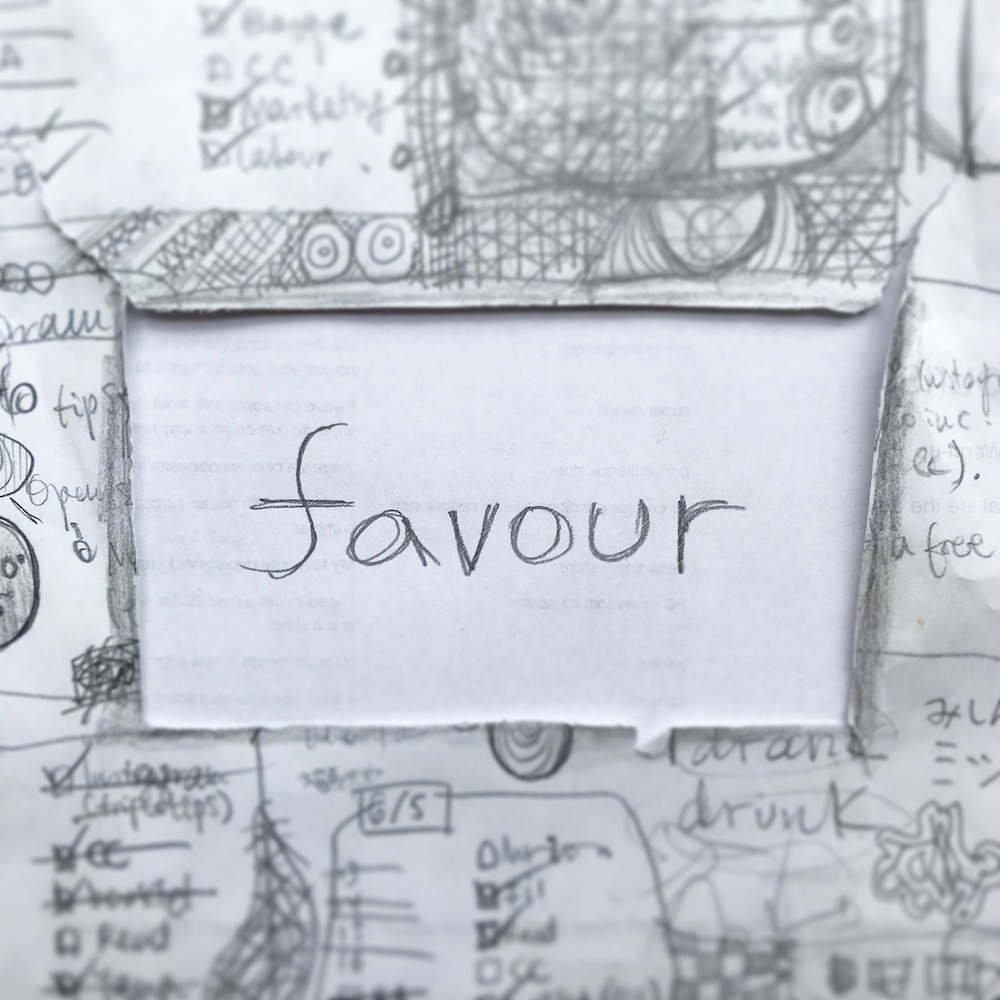 今週の #WOTW は 'favour’ です。’Favour’ (or ‘favor’ in North American English) is a noun and a verb. It is also part of some useful phrases. So, do us a favour and read the following, yeah? Let’s start with the noun.

- A private education is considered with favour by Japanese companies. (Approval, support, or liking for someone or something.)

- It’s really not fair the favour with which the boss treats her. (Overgenerous preferential treatment.)

- I’d feel uncomfortable wearing all those favours. (This is old fashioned. A thing such as a badge or knot of ribbons that is given or worn as a mark of liking or support.)

- Can I ask you a favour? (An act of kindness beyond what is due or usual.)

- They gave all the attendees a small figurine as a party favour. (A party favour is a small inexpensive gift given to guests at a celebration.)

- Do you favour the tax hike? (Feel or show approval or preference for.)

- The employer favoured candidates from his same background. (Give unfairly preferential treatment to.)

- Hot weather favours insect reproduction. (Work to the advantage of.)

-We’re getting married! Will you favour us with your presence? (To favour someone with something is used in formal requests and it means to give someone something they desire.)

- Little Billy favors his grandpa, doesn’t he? (Old fashioned and North American. (Resemble a parent or other relative in facial features.)

- She came out of the car and walked slowly, favouring her left leg. (Treat an injured limb gently, not putting one's full weight on it.)

And the phrases. Weren’t you waiting for them? I was!

- [do someone a favour] Please, do me a favour and close the window. (Do something for someone as an act of kindness.)

- [do me a favour!] You want what? Do me a favour! (This is British English and it’s used in the imperative. It’s used to express brusque dismissal of a remark.)

- [do someone no favours] You can scream and shout, but that won’t do you any favours. (This is informal. It means to do something that is unhelpful to someone.)

- [in favour of] Corbyn stepped down after the election, but we still don(t know in favour of whom. (To be replaced by.)

- [in favour of] Several governments are voting in favour of climate emergency measures but, are they really doing anything at all? (In support or to the advantage of.)

- [in one's favour] Taking unpaid jobs now will work in your favour later. (To one's advantage.)

- [in favour] Are you in favour of banning cars in cities? (Agree with, meeting with approval.)

今週のWOTWは ‘drop’ の名刺についてのポストです。’Drop’ as a noun has one or two surprises. Let’s have a look, shall we?...