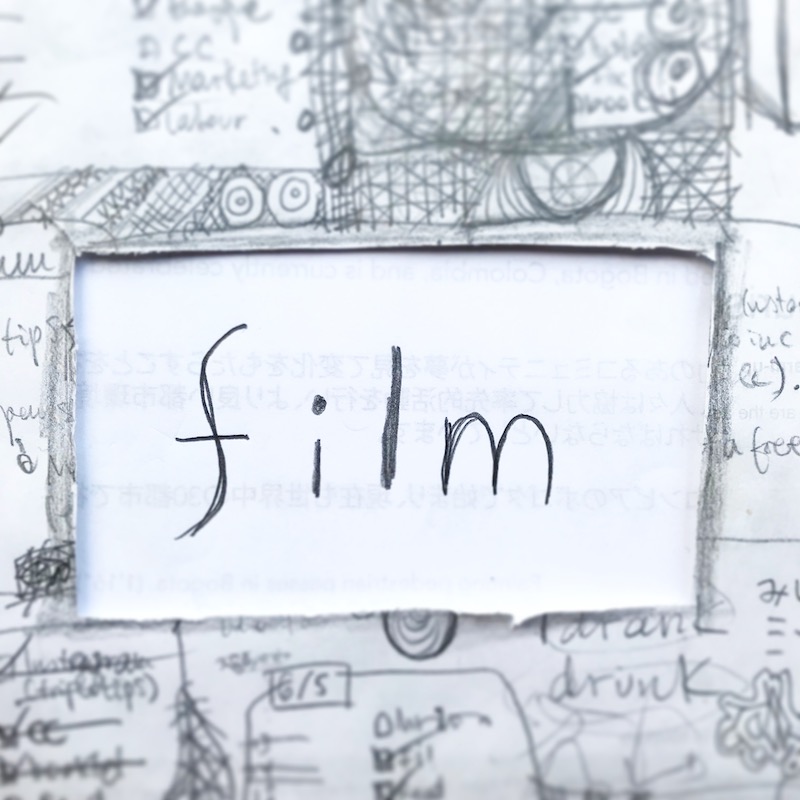 今週の #WOTW は「film」です。’Film’ can be a noun or a verb, but it doesn’t just have one meaning. Did you know that? Let’s have a look.

Let’s begin with ‘film’ as a noun:

- Remember when you had to buy rolls of film? That was before digital cameras. (a thin flexible strip of plastic or other material coated with light-sensitive matter that is put in a camera to take photographs or moving images.)

- They put a film over the glass so if it breaks it won’t hurt anybody. (a thin flexible sheet)

- I just love action films. (a story made of moving images recorded by a camera and shown in a cinema or on TV)

- I want to take the course on film next semester. (the art or industry of making films)

Ready for the verb? Let’s go!

- They sent a crew to film the event. (to record a set of moving images of a real event or a fictitional story)

- What year was ‘Scarface’ filmed? (see above)

- He’s a great stage actor, but he doesn't film well. That’s why you don’t see him in films. (to appear well on camera)

- The life of Theresa May? That would film so badly! (to be suited or not for portrayal in a film)

- If you film it with this material, it will divert light. (cover with a thin layer)

There are no idioms using ‘film’, but we can tell you about a couple of curiosities. In North America most people will use the word ‘movie’, not ‘film’, when referring to stories captured on camera. Likewise, people in Europe go to the cinema, while people in North America go to the movie theater (not theatre).

Also, a common mistake is saying ‘take a film’. Remember that we say ‘take photos’ but we say ‘make films’.

今週の #WOTW は 'register’ です。’Register’ is a noun and a verb. Hopefully some of the following information will stay...