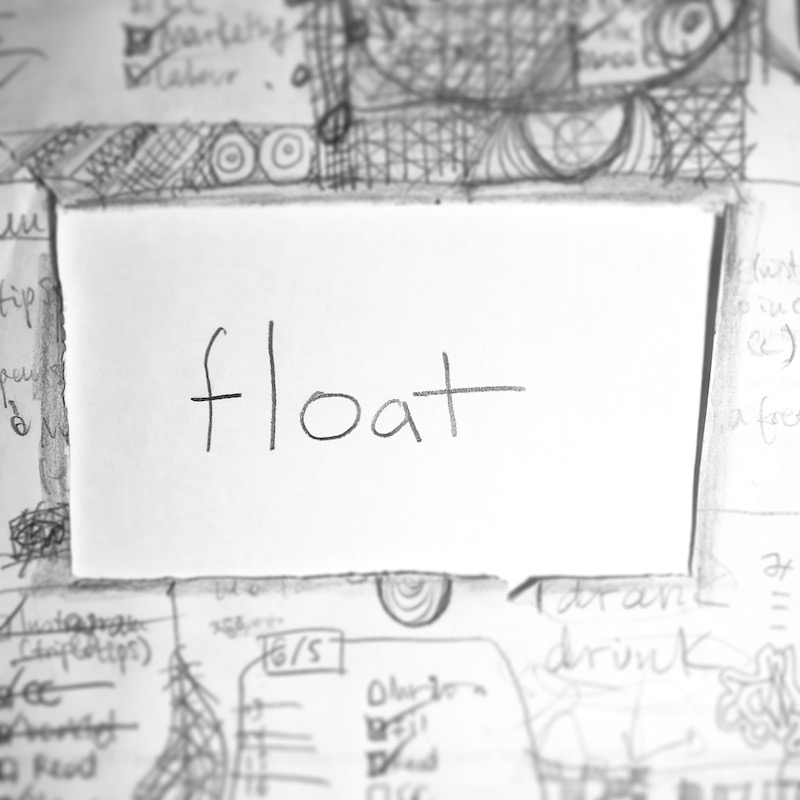 今週のWord of the Weekは「float」です. “Float” is a verb and noun, as well as something you want to make sure you know how to do during a flood. Let’s have a look at the verb first.

- I like to float in the pool. (Rest or move on or near the surface of a liquid without sinking.)

- It is cheaper to float logs down the river than to put them in lorries. (Make an object move on a liquid surface.)

- What’s that stuff floating in my soup? (Be suspended freely.)

- Big white clouds floated across the sky. (Move or hover slowly and lightly in the air; drift.)

- The possibility of a second referendum is floating around Westminster. (of a rumour, idea, etc. circulate.)

- She gracefully floated around the room. (Move in a casual or leisurely way.)

- Messi floated the ball between the posts. (Make the ball travel lightly and effortlessly through the air.)

- The yen has been floating at around 100 yen to a dollar for months now. (Fluctuate in value.)

Let’s have a look at the noun now

- Let’s swim to the float and back. (A thing that is buoyant in water.)

- I can’t see the float, so it must be a big fish! (A small object attached to a fishing line to indicate by moving when a fish bites.)

- I used a pink float until I learnt how to swim. (A light object held for support by a person learning to swim.)

- The floats in Rio de Janeiro are just spectacular. (A platform mounted on a truck and carrying a display in a procession.)

- Where’s the float? We can’t open the shop without one! (British / A sum of money used for change in a shop)

Now, a couple of phrases:

- [float someone's boat] He floats her boat. (Informal / Appeal to or excite someone, especially sexually.)

- [float on air] I’ve been floating on air since I met her. (Be very happy)

今週の #WOTW は「bonkers」です。’Bonkers’ looks like a plural noun, but it’s actually an adjective and an informal British...

今週の #WOTW は最後の「humid」です。Unlike many of the words that we have seen so far, ‘humid’ is just an adjective. It means having...