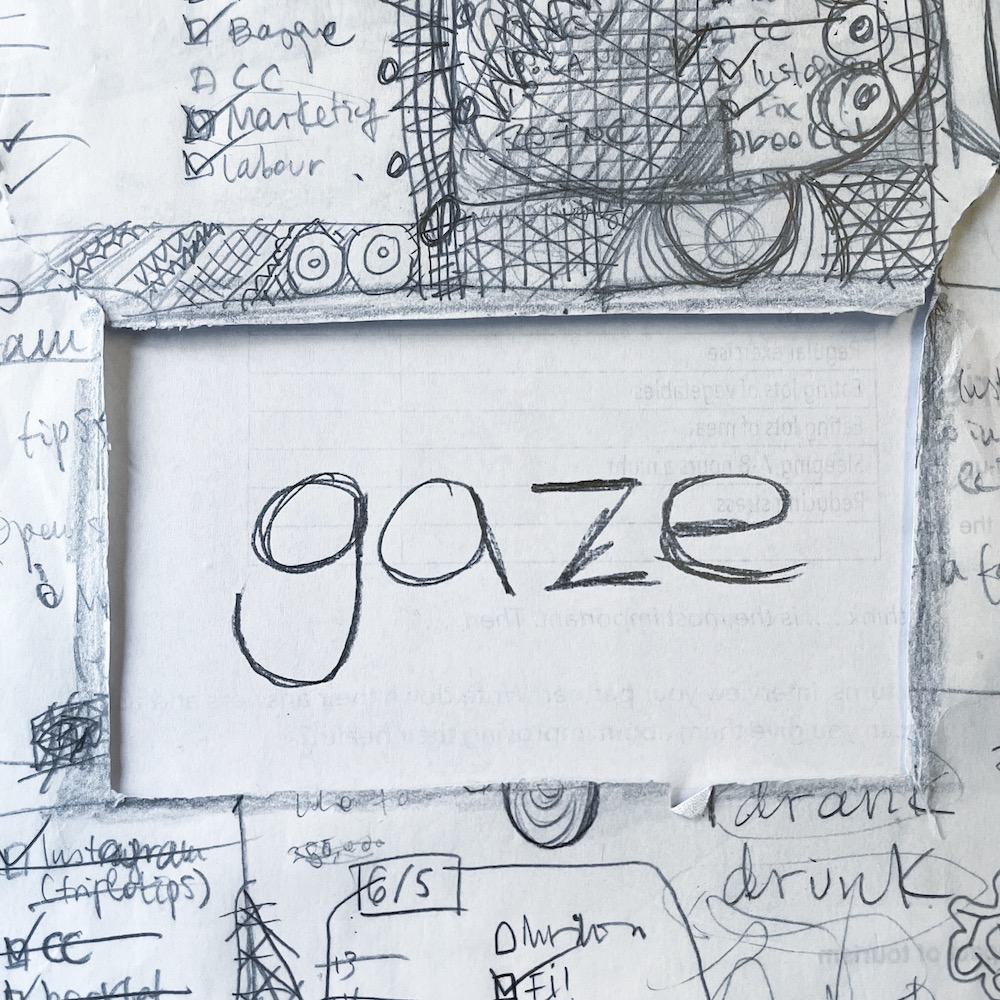 今週の #WOTW は ‘gaze’ です. `Gaze` is a verb and a noun with similar meanings. Have a look and find out.

The meaning of the verb ‘gaze’ is close to look at. Gaze means to steadily look at something with purpose, admiration, suprise or thought. Here are some examples:

- On the summer evenings, I enjoying gazing out of my window at the hills behind my house.

- We stood gazing at the painting. We both agreed it was amazing.

- He gazed at her as she walked towards him.

- I could only gaze at them in astonishiment.

- She gazed at the computer screen for hours but didn’t write a single word.

As you can see, ‘gaze’ commonly comes with ‘at’, but sometimes ‘out’ to show direction.

The noun of 'gaze' has almost the same meaning. It means a steady, focused look.

- I followed their gaze to see what they were looking at.

- She met my gaze across the room and smiled.

- He looked away trying to avoid her gaze.