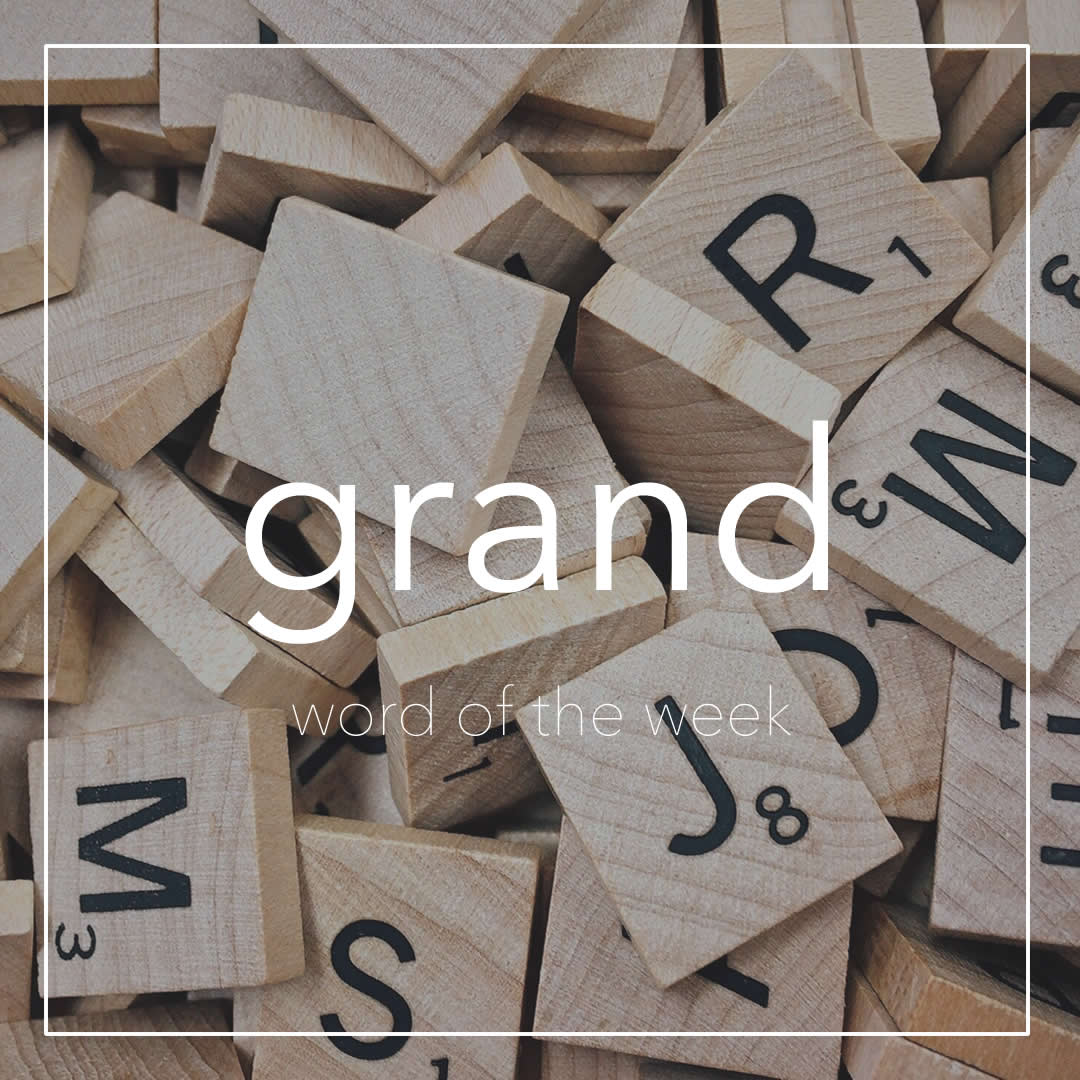 “Grand” is an adjective with one main meaning. As a noun it has an interesting meaning too. Let’s find out and see some examples.

The adjective “grand” means amazing, magnificent or imposing in appearance, size, or style.

+ They live in a grand country house.

+ The Christmas party at triplo was very grand.

+ The historic quarter of the city is full of grand buildings, undamaged by the war.

+ We stayed in a luxury 19th century grand hotel.

The adjective “grand” can mean something large, ambitious, and impressive in scale.

+ He had a grand design for the future of his company.

+ The Great Hall provides a perfect setting for concerts, balls and other grand events.

+ The production was on a grand scale like I’ve never seen before.

The adjective “grand” is used with names of places, buildings or events to suggest size or luxury.

+ Wimbledon is a Grand Slam.

+ We had a grand day out at Disneyland.

+ Thank you for a grand evening.

As a noun “grand” means a thousand pounds or dollars. This is very informal.

+ She earns about one hundred grand a year.

The pronunciation is / grand /.

“Journey” is a usually a noun. It is also less commonly used as a verb. It has one main meaning and is related to...

“Task” is a noun and a verb. They have similar meanings. We will explain the different meanings and look at some...