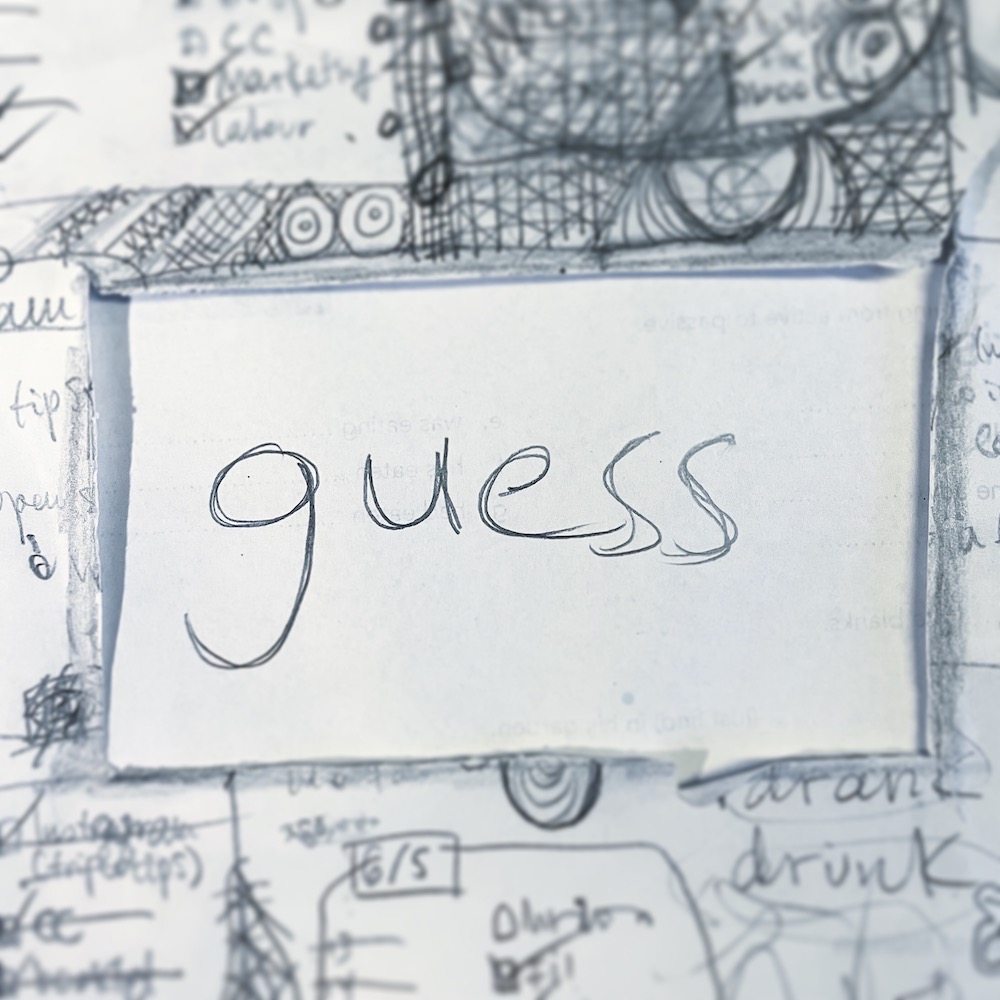 今週の #WOTW は 'guess’ です。'Guess’ is usually a verb, but we can also use it as a noun. It’s also used in a couple of phrases. What else? I guess that’s it, so let’s begin! First, the verb.

- I don’t know exactly, but I guess there were about fifty people at the party. (Estimate or conclude something without sufficient information to be sure of being correct.)

- I’m good at guessing people’s age. (Form a correct conclusion about something by guessing.)

- I guess I could study harder… (This is informal. It is used to indicate that although one thinks or supposes something, it is without any great conviction or strength of feeling.)

- My guess is that, if we keep this pace, we will be there before dinner. (An estimate or conclusion formed by guessing.)

And we’ll leave you with a couple of phrases.

- [keep someone guessing] When are you calling the other candidates? You can’t keep them guessing! (This is informal. It means to leave someone uncertain or in doubt as to one's intentions or plans.)

- [anyone's guess] Why she is dating him is anyone’s guess. (Very difficult or impossible to determine.)

今週の #WOTW は ‘outcome’ です. It is a noun with only one meaning, so it is easy to learn. Take a look: