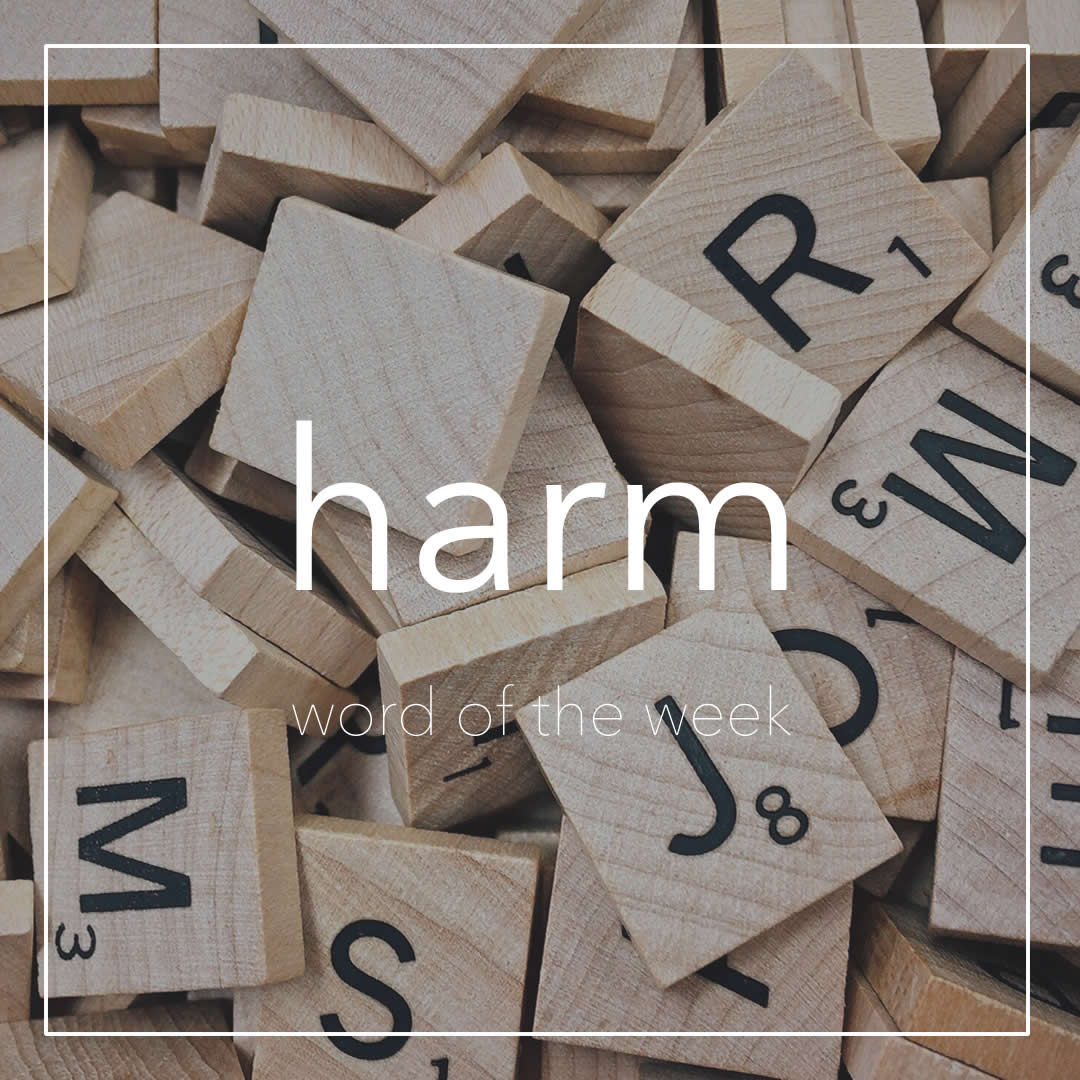 “Harm” is a noun and a verb. It is also part of some useful phrases. Let’s find out the meaning and look at some examples.

The noun “harm” means do damage to something. This can be physical injury to a person, or material damage to a thing.

+ She didn’t mean to cause any harm to the animals.

+ The pollution was obviously doing harm to the locals.

+ He was in court on charges of actual bodily harm.

+ It is unlikely to do major harm to the engine but be careful.

+ I intended no harm to her, I just wanted to talk.

In a similar way the noun “harm” means do actual or possible bad effects or danger.

+ There is no harm in trying.

+ Consider the harm that would be done to the environment.

+ Let them play, where’s the harm in that?

+ There is no harm in at least asking her.

The verb “harm” has the same meanings as the noun – physically injure, damage to health, and a bad effect.

+ The criminals didn’t harm him.

+ She was harmed in an accident.

+ Drinking and smoking can seriously harm your health.

+ The injury could harm his chances of playing the World Cup.

+ The scandal harmed her re-election campaign.

There some are good phrases that use harm.

come to no harm = be unhurt or undamaged:

+ Despite the crash, the passengers came to no harm

do more harm than good = make something worse.

+ The plans for taxes cuts did more harm than good to the economy.

out of harm’s way = in a safe place

+ We had better put this priceless vase out of harm’s way before the party.

“Link” is a noun and adjective. There are a lot of related uses all about connect and relationship. Let’s find out....

今週の #WOTW は ”lack” です. “Lack” is a noun and verb that have almost the same meaning. Find out what the meaning is and...

今週の #WOTW は 'vary’ です。’Vary’ is a verb with three similar meanings. It is related to various and variety. Let’s dig in....