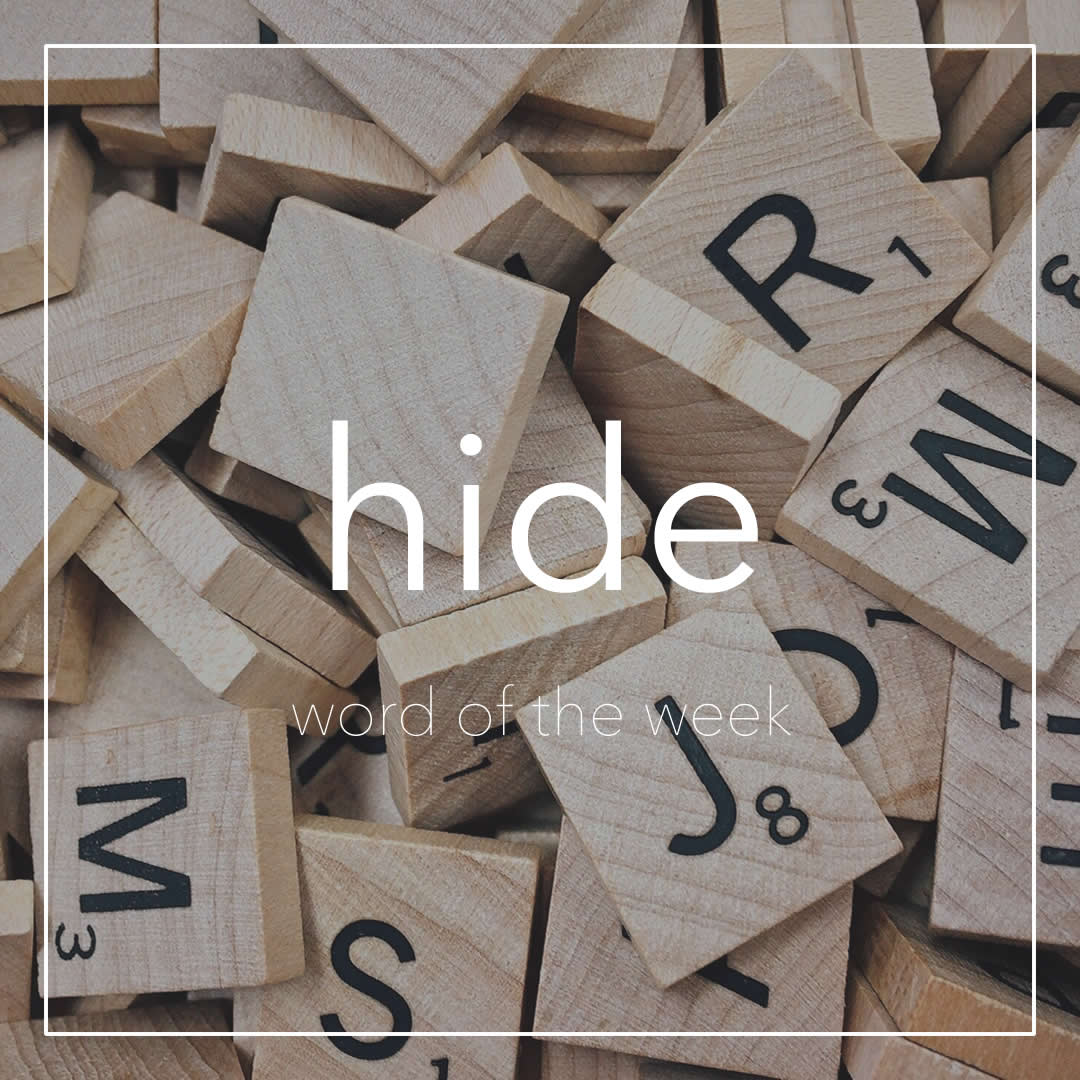 The main meaning of the verb “hide” is to put or keep something where it can’t be seen.

+ He hid the money under his bed.

+ The diamond was hidden away in a bank vault in a secret location.

+ He keeps a bottle of whisky hidden at the back of the cupboard.

+ She had some casual clothes but hid them from her disapproving parents.

“Hide” can also mean stop someone or something from being seen.

+ The clouds rolled over and hid Mt. Fuji from view.

+ He was grateful that the dark room hid his embarrassment.

+ The sun was suddenly hidden by dark clouds and it started to rain.

+ He used a cap to hide the little hair he had left.

In a similar way “hide” can mean to keep a secret, stop something from being known.

+ He found it increasingly hard to hide his frustration.

+ She kept the facts of the incident hidden from her husband.

+ He never hid the fact that he missed her.

+ This is being hidden from the press and probably from parliament too.

Finally, “hide” can be used without an object to mean conceal yourself.

+ His first thought was to hide in the wardrobe.

+ They used to hide in a cave.

+ She was so scared that she hid under the blankets.

+ He can’t hide forever. Sooner or later we will catch him.

今週の #WOTW は「late」です。’Late’ is an adverb and an adjective, but with a little tweak it can also be turned into a noun....