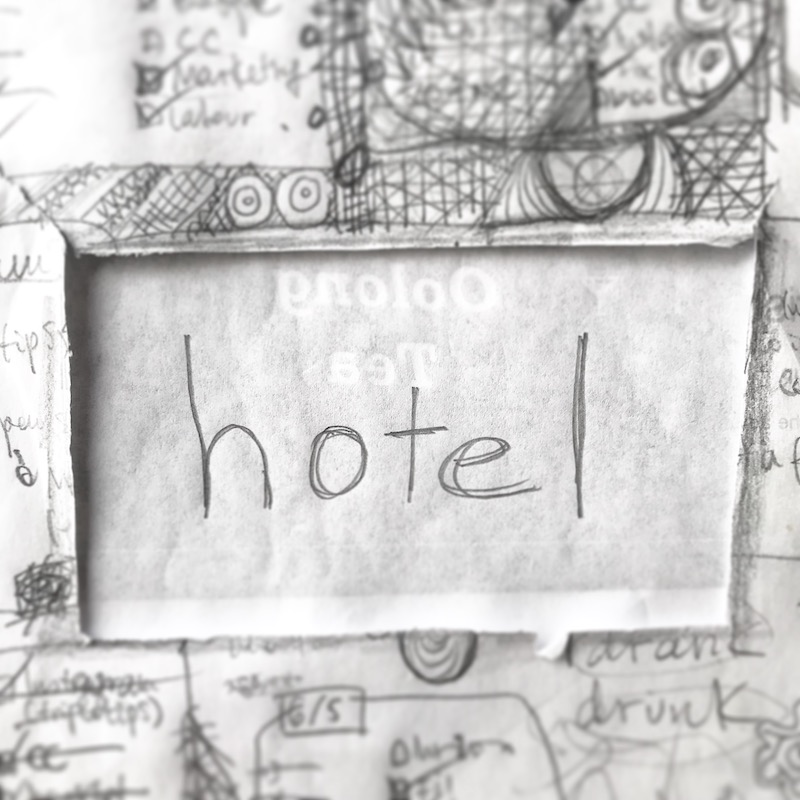 - I have never stayed at/in a five-star hotel. (Abuilding where you pay to have a room to sleep in, and where you can sometimes eat meals.)

- Is breakfast included in/at that hotel? (See above.)

- This hotel is more expensive, but it's right on the beach. (See above.)

- I'll book/make a reservation at a hotel for the weekend. (See above.)

In Australian English, a hotel can be a place to drink and have some simple dishes, very much like a pub:

- Let's have a pint of down at the hotel, mate!

And in Indian English, it might refer to a place to eat, a restaurant:

- Are you hungry? Let's google a hotel near here.

Now, time for the verb!

- Welcome to the team. Until we get yours, you can hotel this or that desk. (To ask to use a desk in an office when you do not have a permanent desk there.)

今週の #WOTW は 'lockdown’ です。’Lockdown’ is a noun we’re hearing a lot recently. It is also, separated into two words, a...