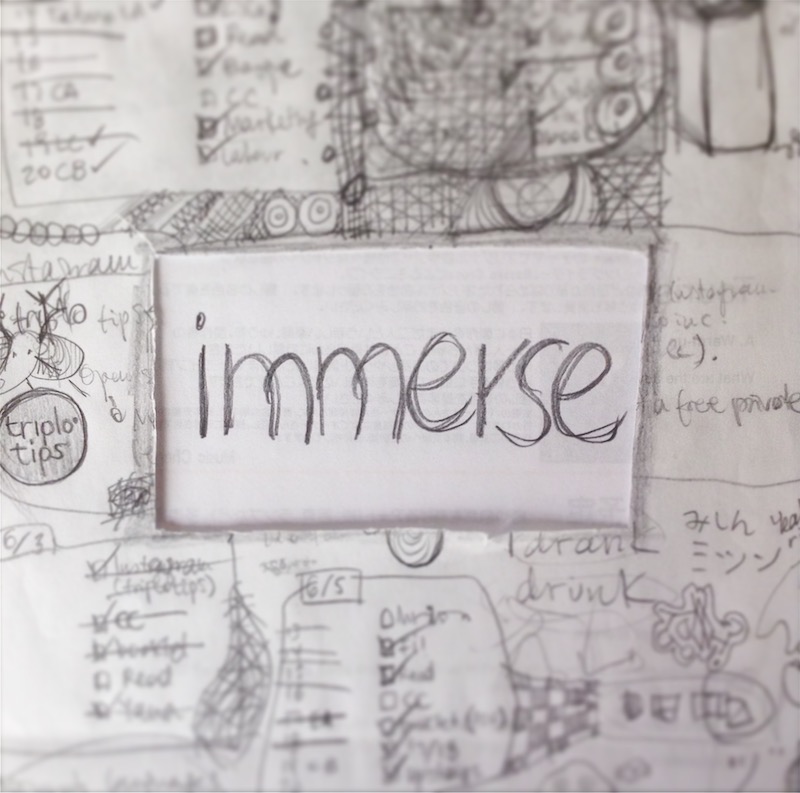 今週の #WOTW は「immerse」です。’Immerse’ is a verb. Its primary meaning is to go in and under the water, but it can also be used metaphorically. Its noun form is ‘immersion’. Today we’re going to have a look at both or then, together with the adjective, ‘immersive’. Let’s see!

- Immerse the sponge in the water to see how absorbent it is. (put under water).

- He immersed the food in the rich sauce. (dip deep)

- In summer, I immerse myself in the bathtub for hours on end. (go into a filled up bathtub)

- When I travel, I like to immerse myself in local cultures so that I have a genuine experience. (surround yourself with local people, eat local food, speak the local language, do what locals do)

- Do you want to learn a language? Immerse yourself in it! (a learning method: read, watch TV, write, party… do everything in that language)

- Immersion! (a submarine captain shouts this before the submarine sinks into the water)

- This weekend, I’ve planned an immersion in Japanese calligraphy. (deep mental involvement in something, in this case it might be reading about calligraphy, trying some calligraphy, visiting a calligraphy exhibition…etc.)

- That school teaches English by immersion. (a teaching method when everything is done in and through the language being taught)

Let us finish with a couple of examples with the adjective:

- I prefer to see films in a cinema because you don’t get that immersive sound at home. (when you are surrounded by the sound of an audiovisual production)

- The game creates a very realistic immersive experience. (either the technology creates the feeling of the game is so engaging that players forget about their physical environment)