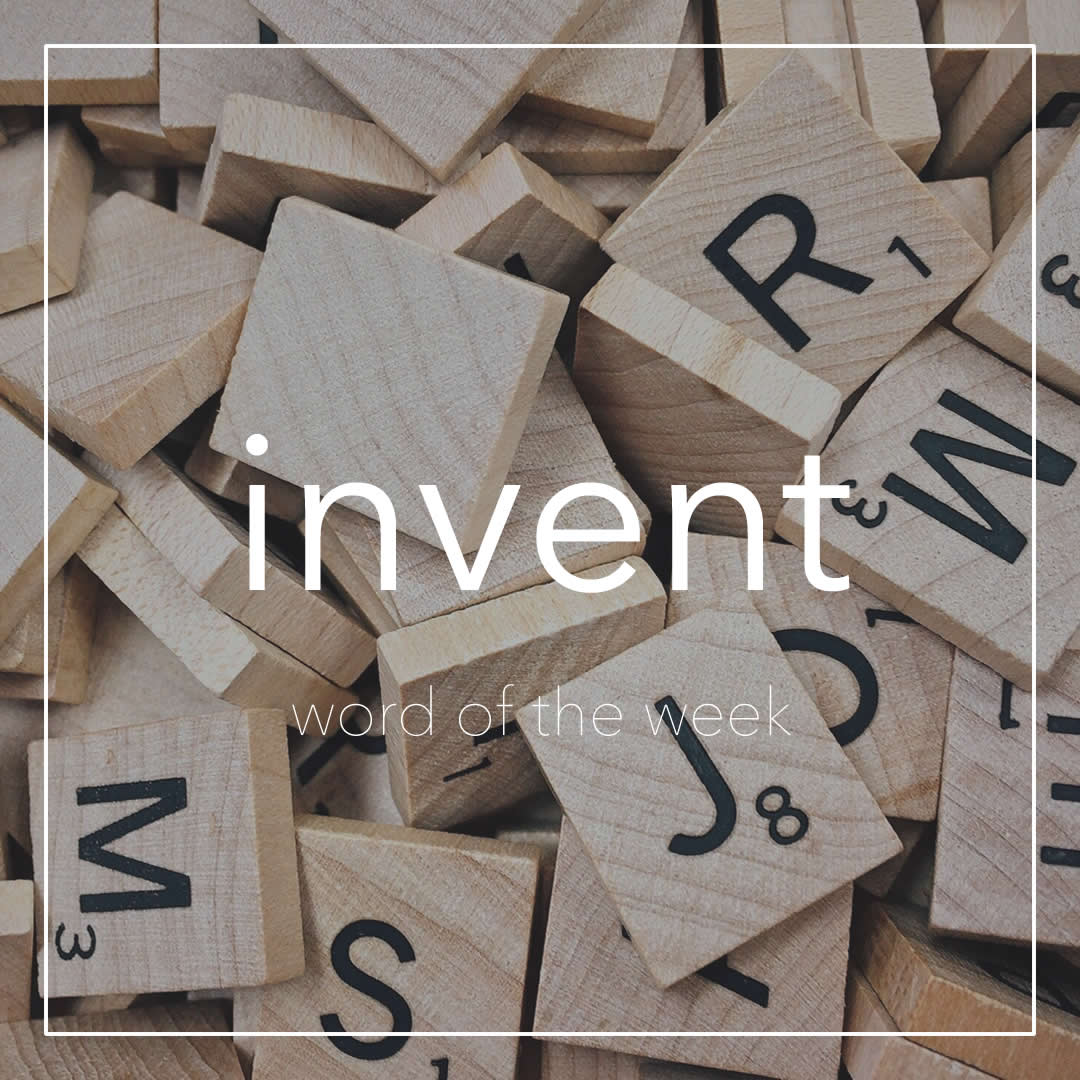 今週の #WOTW は ”invent” です. “invent” is a very creative word, which we like! Read on to learn what it means and how to use it.

The main meaning of the verb “invent” is to create, make or design something that didn’t exist before.

- If the exact word doesn’t exist, he just invents one.

- Tolkein invented a whole language, Elvish, for Lord of the Rings.

- Next to her was the original cinema camera invented by Lumière.

- We have the resources to be creative and invent innovative solutions.

- Johannes Gutenburg invented the printing press around 1440. Reading glasses were invented soon after that!

- Whenever something new is invented, some people try to exploit it for evil purposes.

A related meaning of the verb “invent” is make up an idea, name or story, often to hide the truth.

- She forgot to do her homework, but invented an amazing story about how it was eaten by her neighbour’s dog.

- He is a very quiet and private man, so people have taken to inventing funny stories about him.

- I have invented a name for my unique style of present wrapping - tripup.

- After supper, we sat around the table and invented scary stories.

Other words in this word family include, invention (noun - thing) and inventor (noun person).

今週の #WOTW は ‘ratio’ です. ‘Ratio’ is a noun with a difficult meaning that comes from mathematics. Do you want to know...

今週の #WOTW は 'respect’ です。’Respect’ is a noun and a verb. It is also part of some very useful phrases. Let’s just jump...

今週のWord of the Weekは「act」です. “Act” can be a noun and a verb. The verb can be used in combination with several...