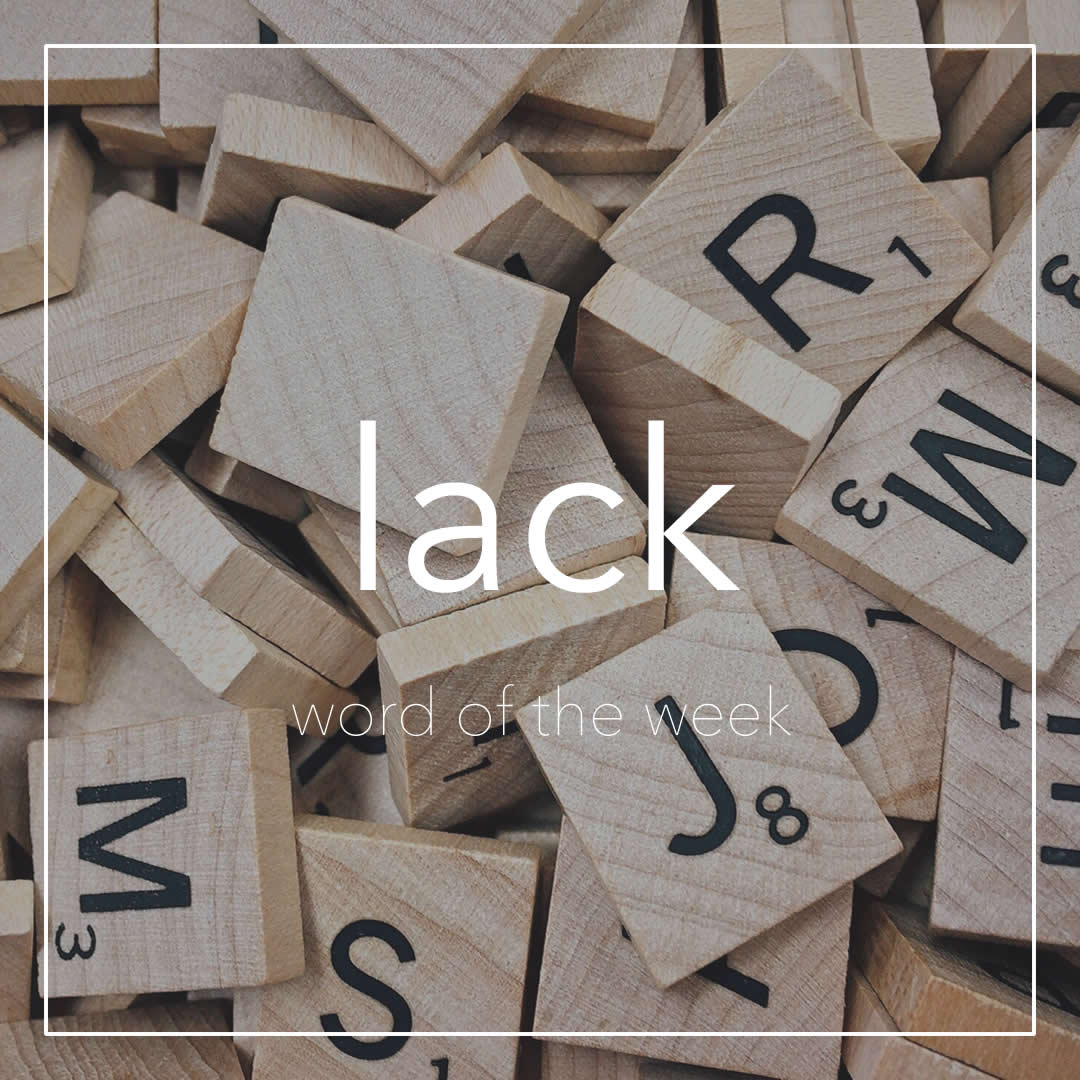 “Lack” is a noun and verb that have almost the same meaning. Find out what the meaning is and read some example sentences:

The noun “lack” means to be without or not have enough of something. It is usually used with “of” - a lack of something.

+ The case was dismissed because of a lack of evidence.

+ Due to a lack of interest the event was cancelled.

+ There is no lack of entertainment aboard this cruise ship.

+ Her lack of focus meant she struggled to study for the exams.

+ The project was closed after it became there clear there was a lack of support from the local community.

The verb “lack” has the same meaning, be without or not have enough of.

+ His writing is clear but lacks imagination.

+ She certainly doesn’t lack for friends!

+ It was a good proposal, but it lacked support of the major countries.

+ What we lack in experience we make up for in effort.

+ The information lacks context, so it is hard to tell whether it is useful or not.

The pronunciation is /lak/.

今週の #WOTW は ‘public’ です。’Public’ is an adjective and a noun. This instalment of WOTW also comes with a few phrases with...