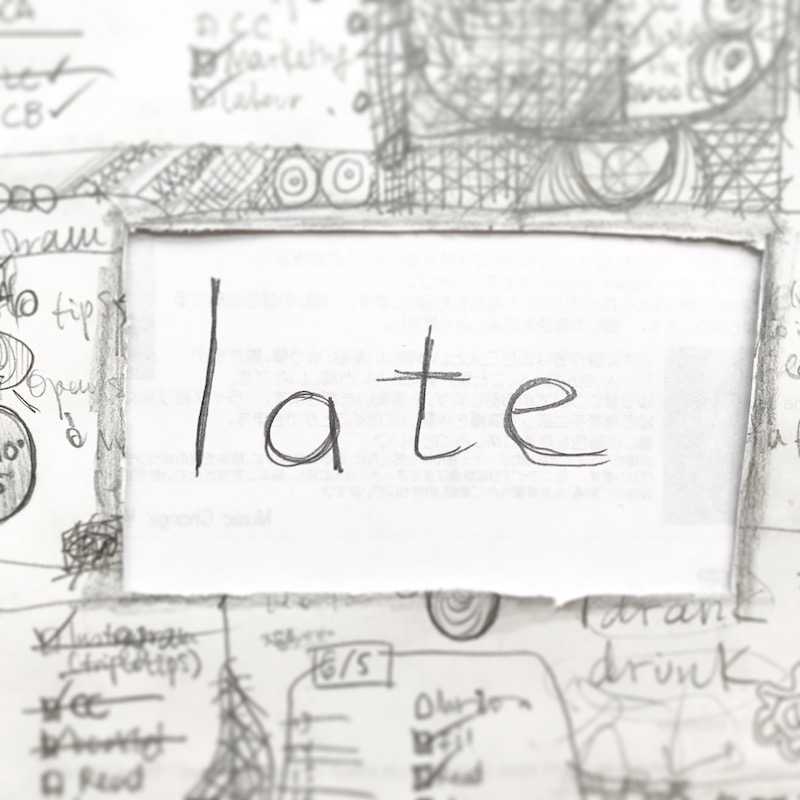 今週の #WOTW は「late」です。’Late’ is an adverb and an adjective, but with a little tweak it can also be turned into a noun. Interested? Well, let’s begin!

- I’m sorry I’m late! (after the expected or proper time)

- His late acceptance of the mistake made the apology meaningless. (see above)

- Is it too late to make a phone call? (see above)

- He’s in his late forties. (belonging to the end of a period of time)

- Late Baroque architecture characterises itself by convoluted design and ornaments. (belonging to the end or an advanced period of time)

- My late husband used to fix things around the house, something that nobody does now. (no longer alive)

- The late PM was no better that the current one. (no longer in that position)

Let’s have a look at the adverb now:

- She died late in autumn. (the end of a period of time)

Now, by turning ‘late’ into a superlative, we can turn it into a noun:

- Do you know the latest? (the most recent news)

- He always wears the latest. (the most recent fashion)

Let’s have a look at some phrases to finish with:

- [at the latest] You can hand in your report on Friday at the latest. (not later than the given time)

A: I’m sorry it took me a while.
B: Better late than never!

- [of late] I’ve been reading a lot of science books of late. (recently)

今週の #WOTW は 'intensive’ です。’Intensive’ is an adjective used by the general public, but when used by linguists or...