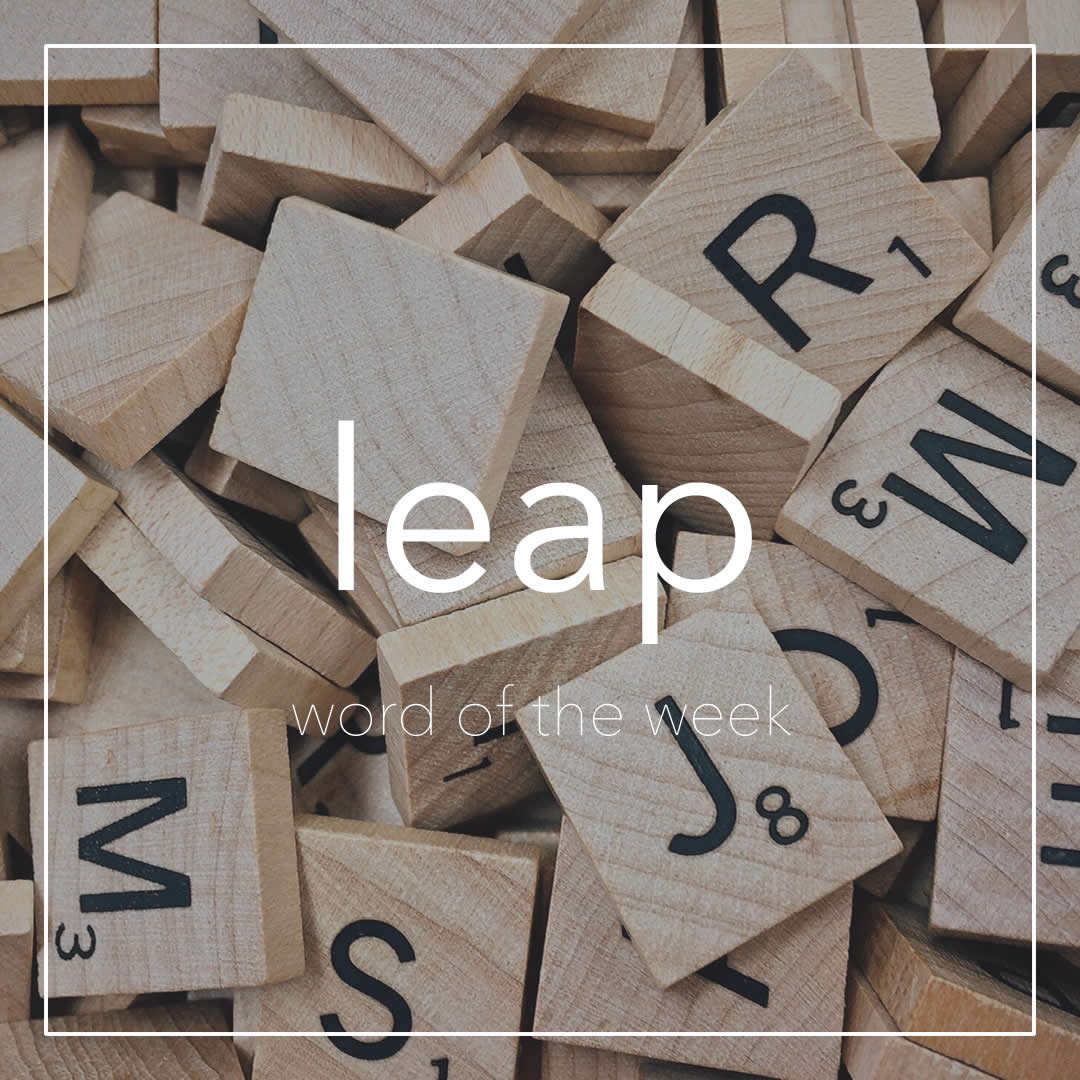 The first meaning of the verb “leap” is to jump a long way, a great height or with force.

+ His heart leapt excitedly when he spotted her.

+ It is spring, and the lambs are leaping in the field.

+ She had to leap from the window to escape the fire.

+ As if he were a spring released, he leapt into the air when he heard the news.

With an object “leap” means jump over.

+ You can’t leap the gap if you don’t have enough speed.

+ Is it only superman who can leap tall buildings?!

+ He leapt the fence to escape the dog.

The second meaning of “leap” is similar, it means to move quickly.

+ She leapt to her feet at the noise.

+ He was woken by the earthquake and leapt from the bed.

+ Suddenly he leapt forward and hugged her.

+ She leapt into bed and pretended to be asleep.

There a few other similar meanings of “leap” but a useful one is, increase dramatically or suddenly.

+ Food prices have leapt in the last few months.

+ Further shortages could cause another leap in prices.

+ The company`s sales leapt dramatically in the second half of the year.

+ Temperatures are expected to leap significantly by the end of the month.

“Habit” is a noun with one meaning. But, habits are a big part of your life. Let’s find out the meaning and look at some...

“Dare” is a verb. It has two meanings both around being brave and taking risks. It is also a noun. Do you want to find...

今週の #WOTW は ‘likely’ です. ‘Likely’ is an adjective and adverb with a similar meaning to probably. Let’s look at some...