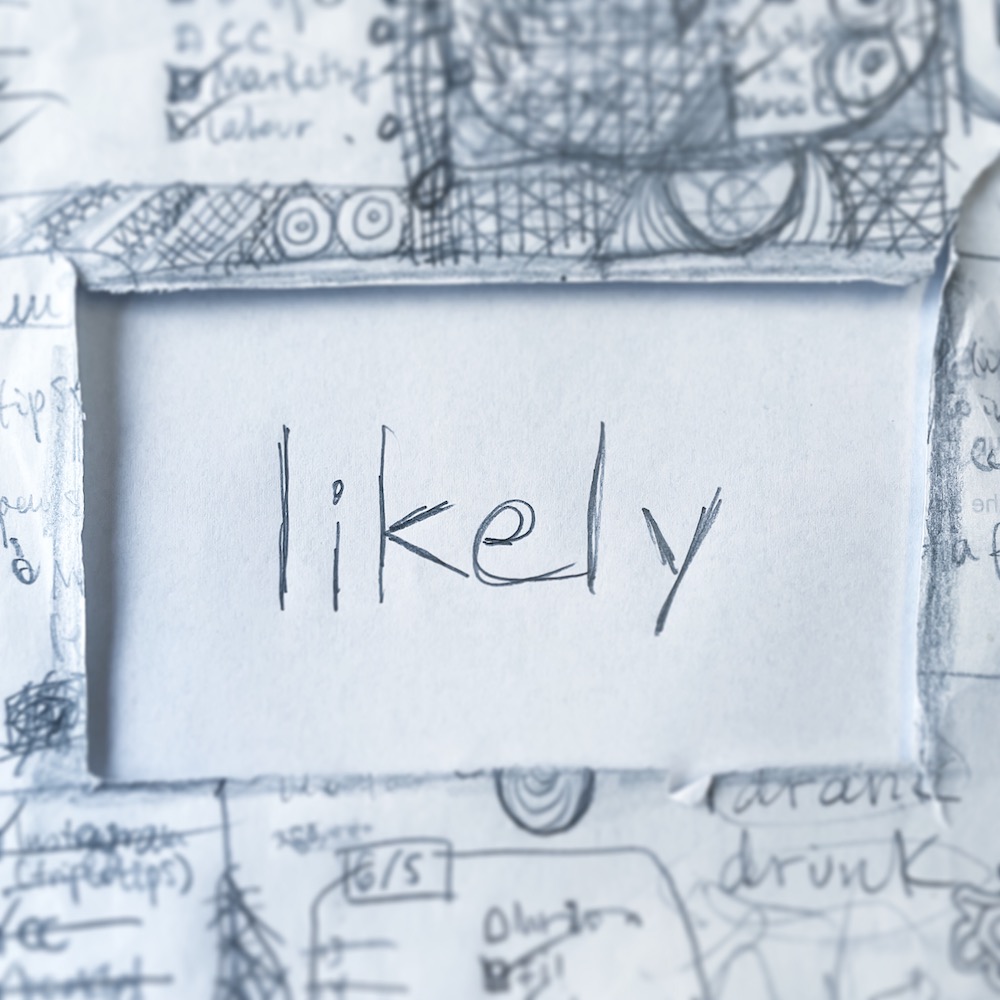 今週の #WOTW は ‘likely’ です. ‘Likely’ is an adjective and adverb with a similar meaning to probably. Let’s look at some examples.

First the adjective of ‘likely’ which means might happen, might be true or probable. It changes to likelier and likeliest.

- Sales are likely to drop further before the post-COVID recovery starts.

- It is likely that travel restrictions will remain in place for the next few months at least.

- It is unlikely they will change their minds.

- The venue will likely be decided in the spring.

Another use of the adjective ‘likely’ is to mean promising, or suitable.

- The likely candidate for the job has a degree from Cambridge and great references.

- One likely reason for her behaviour is that she is stressed out about her exams.

- Had the government accepted the scientific advice earlier, it is highly likely the worst could have been avoided.

- People are more likely to accept the decision when they clearly know the reasons and risks.

The adverb of ‘likely’ means probably, and in British English it usually comes with a sub-modifier such as most, very, quite, more.

- It is very likely he will be late.

- Quite likely you will end up hurting yourself.

- The most likely outcome is a draw.

- We will very likely just stay home rather than going out.