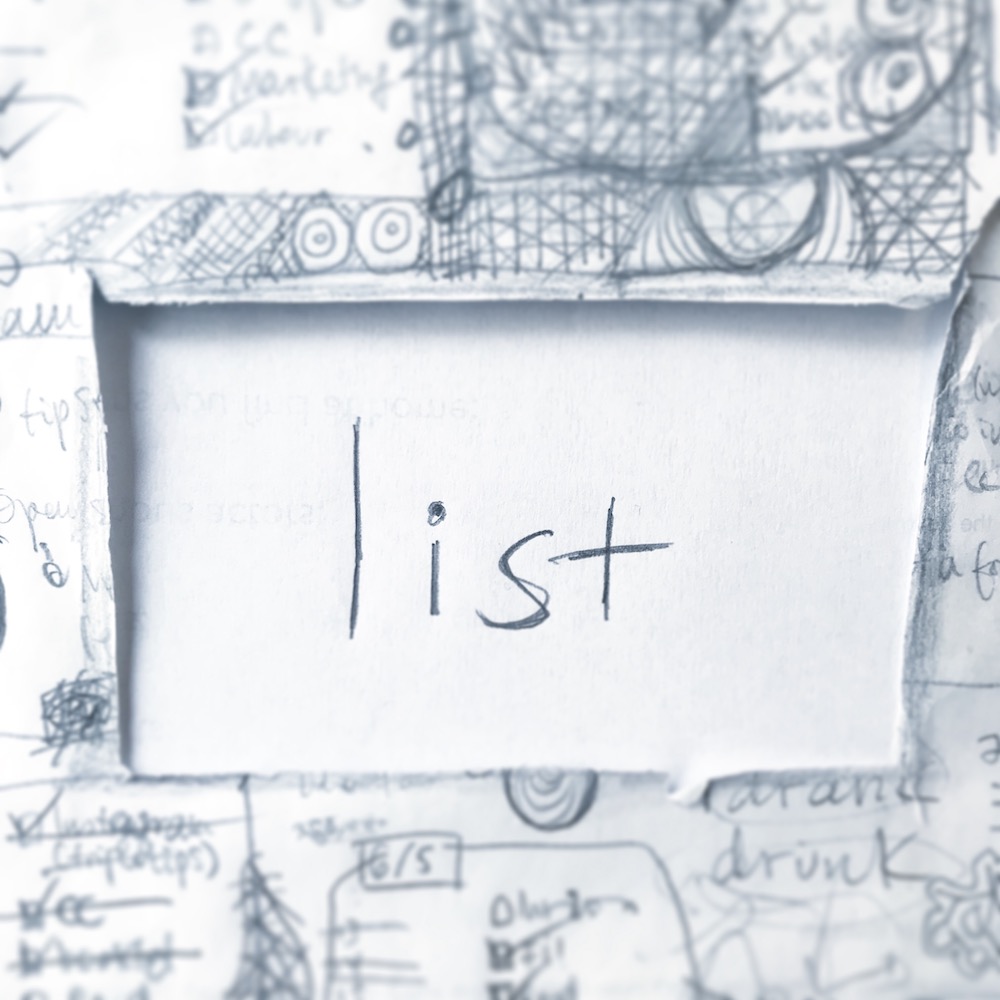 今週の #WOTW は 'list’ です。’List’ is a noun and a verb. Do you think you know all its meanings? Keep on reading to find out!/h3>

- I’m going to make a list of all the toys I want for Christmas. (A number of connected items or names written or printed consecutively, typically one below the other.)

- All the information is linked to the list. (In computing, a formal structure analogous to a list, by which items of data can be stored or processed in a definite order.)

- Could peasants go to the other side of the list, or were tournaments just for the gentry? (Palisades enclosing an area for a tournament.)

- Everybody in the list felt the tension between the pugilists. (The scene of a contest or combat.)

- Where did you learn to make lists like these? (A selvedge of a piece of fabric.)

- The list of that ship suggests the cargo is not properly placed. (An instance of a ship listing to one side.)

- Whatever your list is, we will provide. (Desire or inclination. This is archaic, be aware of that before you choose to use it.)

It’s time for the verb now.

- I have listed all the pros and cons and I think I have finally come to a conclusion. (Make a list.)

- The restaurant is not listed anywhere, so it’s difficult to find. (Include or enter in a list.)

- The company shares are listing at a pretty high price recently, so it might be a good time to sell. (List at/for: Be on a list of products at a specified price.)

- I bought a listed house, so I can’t change anything without asking the city council first. (Give a building listed status, that is, protection, for its historical or cultural interest or value.)

- All the other boys in the village did it, so I also listed myself. (Enlist for military service.)

- Everybody moved to the starboard side to see the fireworks, so the ship was listing.

And we will say ‘bye for now’ with a phrase.

- [enter the lists] When the president resigned, a sizeable group of politicians entered the lists. (Issue or accept a challenge.)