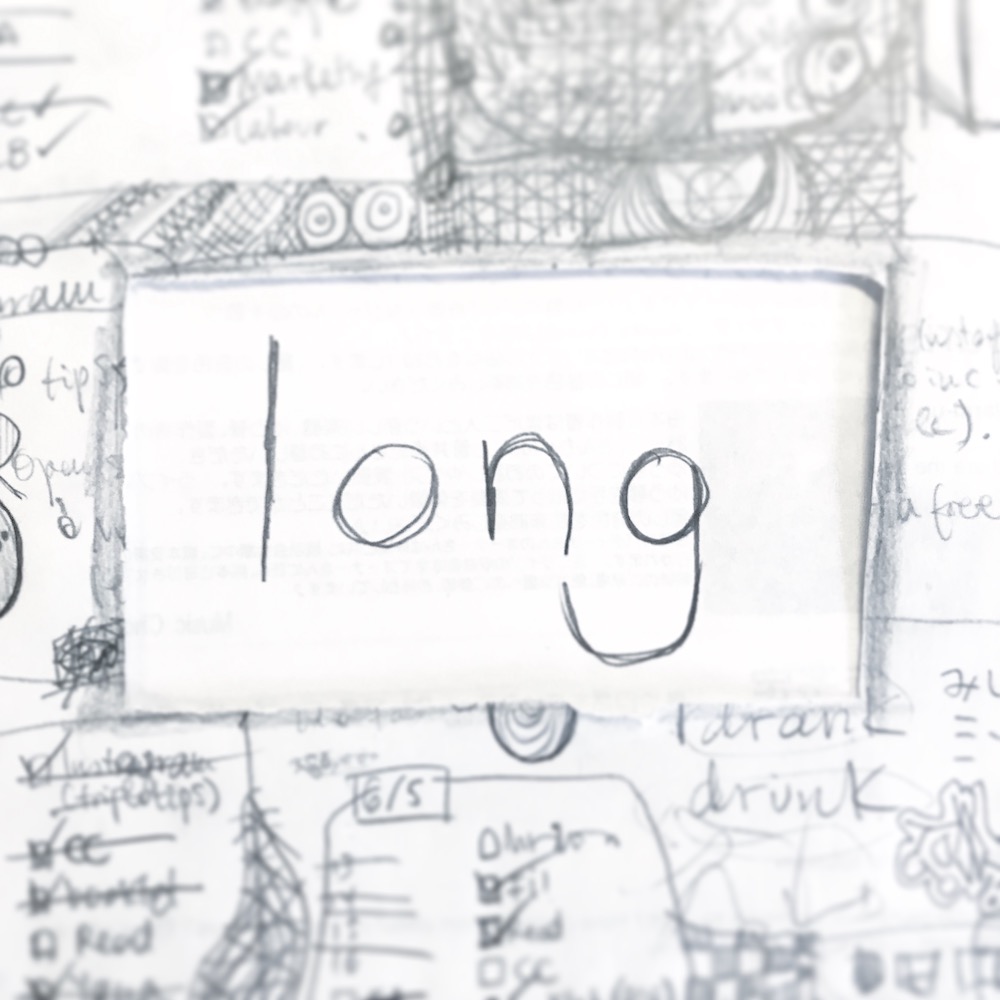 今週の #WOTW は「long」です。’Long’ is most commonly used as an adjective, but it is also a noun, a verb, and an adverb. Can you believe that? Keep on reading to learn more!

- There’s always a long queue in front of that restaurant. It must be good... (great distance from end to end).

- She has long black hair. (as above)

- The ball was too long. It ended up up in the stands. (of a ball in sports that covers a long distance)

- Give me a long drink and a sunset and I’ll be happy. (of drinks that are large and with no concentrated alcohol)

- You don’t know John? He’s the long bloke at Marketing. (informal for ‘tall’)

‘Long’ can also be used to refer to time:

- The country has a long history of violence. (lasting a great amount of time)

- You always take so long to eat breakfast, Billy. Hurry up! (as above)

- Unfortunately, when it comes to history, people don’t usually have long memories. (retaining information for a long time)

- Every Japanese person seems to be working long hours. (work until late)

- See you before long! (a long period)

- With the yen so volatile it is better to invest in pound longs. (in finance, long-dated securities)

- We’ve known each other long. (for a long time)

- He’s published his long-awaited book on bees. (see above)

- How long have you been living in Tokyo? (used in questions about periods of time)

- I knew about it long before you told me. (a long time before (or after) a specific moment)

- I can’t take it any longer. Give me that cake! (after a point in time)

- I’ve been working all day long. (throughout a period of time)

- They were playing the ball long, so the audience grew bored. (in ball sports, passing the ball between the players covering long distances)

Now, some idioms and expressions:

- [long odds] I got the job against long odds. (when probabilities are low or difficult)

- [to be long on something] We’re long on pens, so don’t order more. (to be well supplied with something))

- [as/so long as] I’ll give you this ice cream so long as you promise to be a good boy today. (if, provided that)

- [as/so long as] The Caribbeans have been here as long as anybody else. They are as British as the next man. (the whole time)

- [be long] Please don’t be long. I hate waiting in the rain. (take a long time)

- [long ago] They like gathering around a bonfire and singing songs of long ago. (of a distant past, old)

- [not long ago] I saw that film not so long ago. (recently)

Now, so far ‘long’’s connotation is rather consistent, although used in different situations and with different meaning. But when it becomes a verb, well, it gets interesting. ‘Long’, when used as a verb, means to have a strong wish or desire and it’s followed by the preposition ‘for’ or ‘to’. For example:

- I long for a different kind of life.

- After several years working abroad and longing to return home, she finally decided that home is where the heart is.

今週の #WOTW は 'enhance’ です。’enhance’ is a verb that means to improve, increase or strengthen the quality or value of...

今週の #WOTW は先週の「bully」です。”Bully” is a verb, a noun, and an adjective, as well as something that shouldn’t be tolerated......